He is so funny.  He is smart and sweet and kind.  He is passionate.  He is sensitive and moody.  He is creative and imaginative and playful.  He is silly.  He brings fun and light and laughter.  He is a goof.

And today, he is SIX. 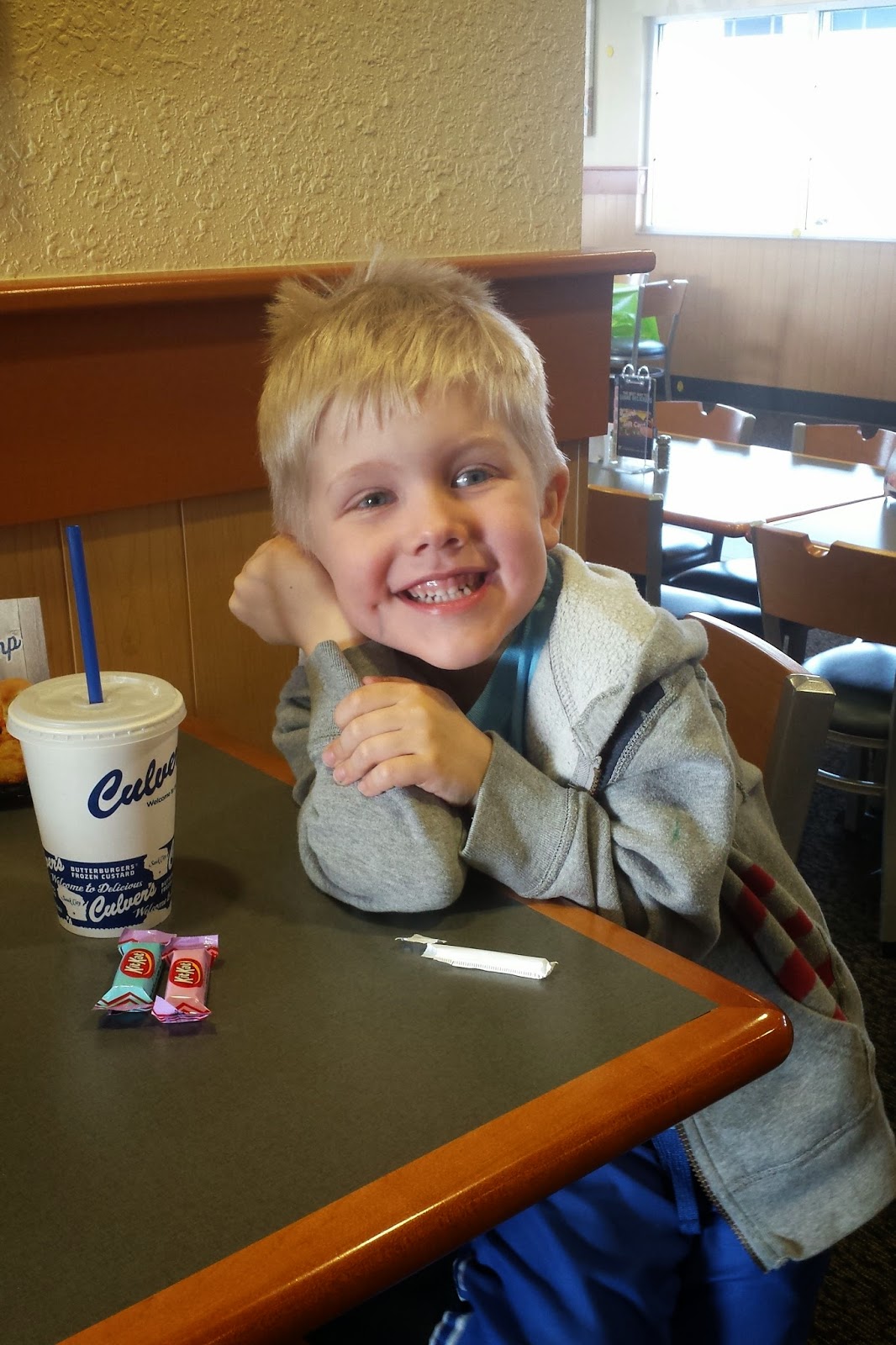 Brad was up early and out the door for an out of town meeting before either of the boys even woke up this morning.  I gave Reed a rousing "Happy Birthday" chorus when he woke up, and gave him a face-ful of kisses.  The gifts were out of sight as we wanted to wait until Brad was home, and thankfully, out of sight out of mind for Reed as he didn't even ask about them.  Brad had just gotten back home when I brought the boys home from school, so gift opening commenced! 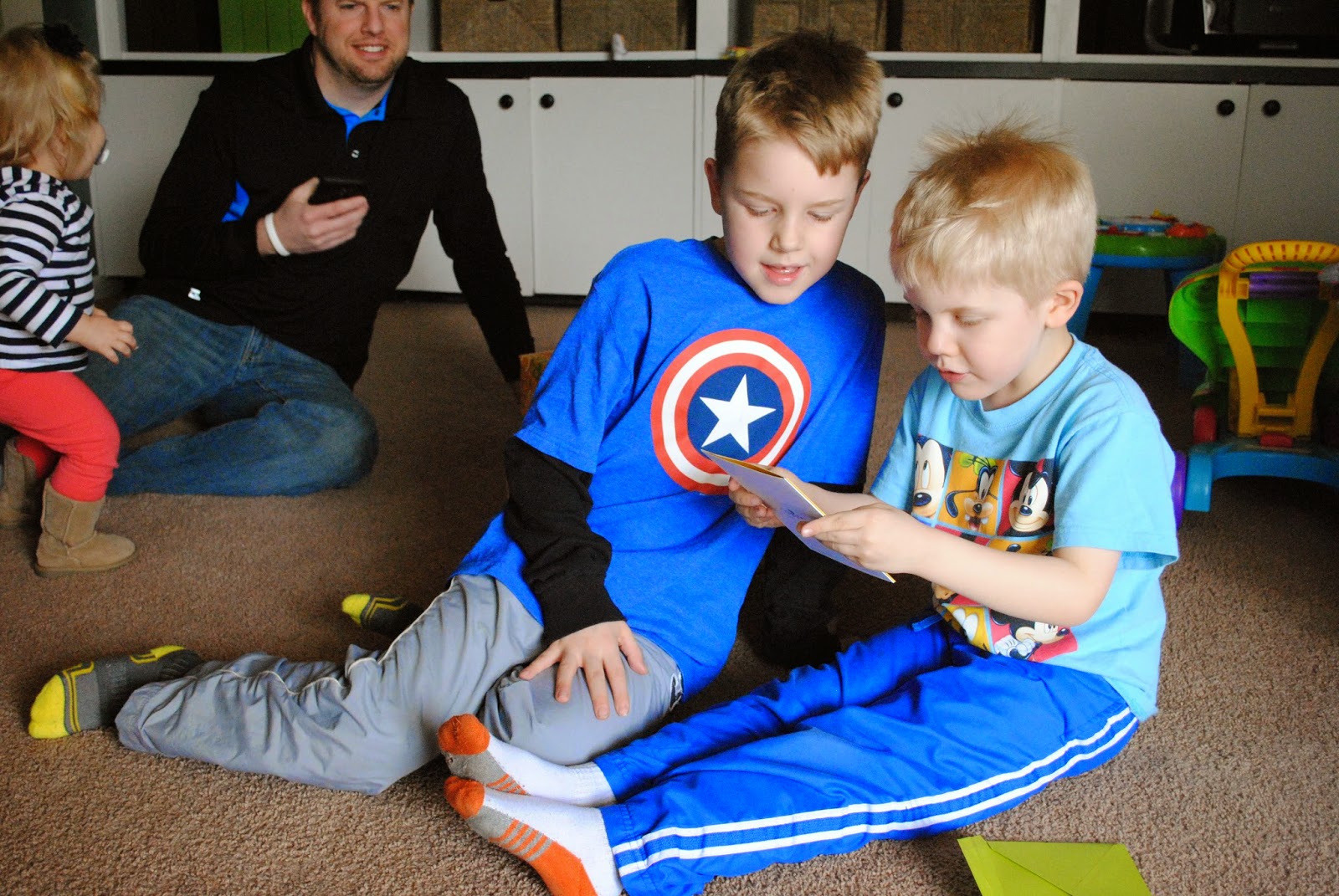 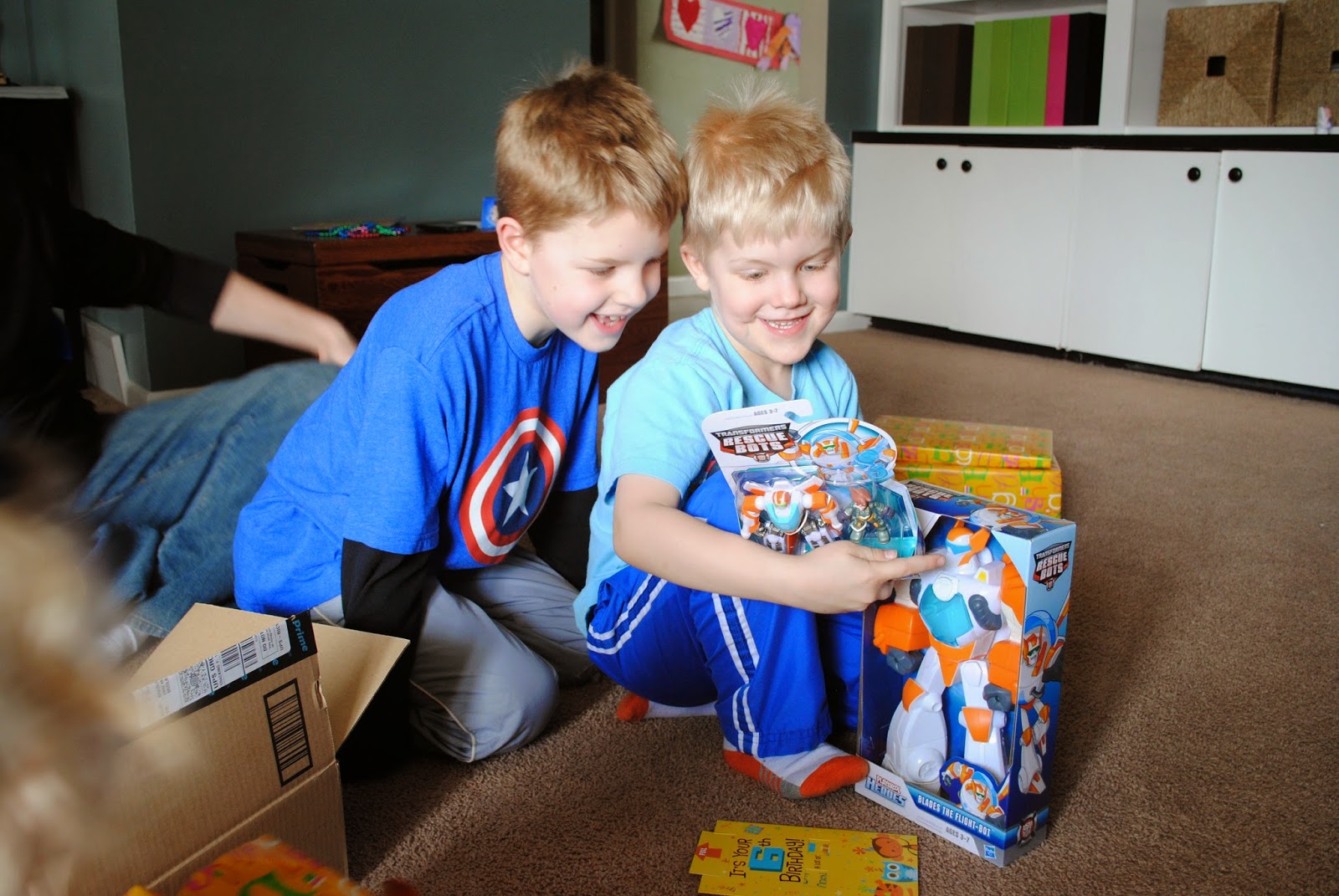 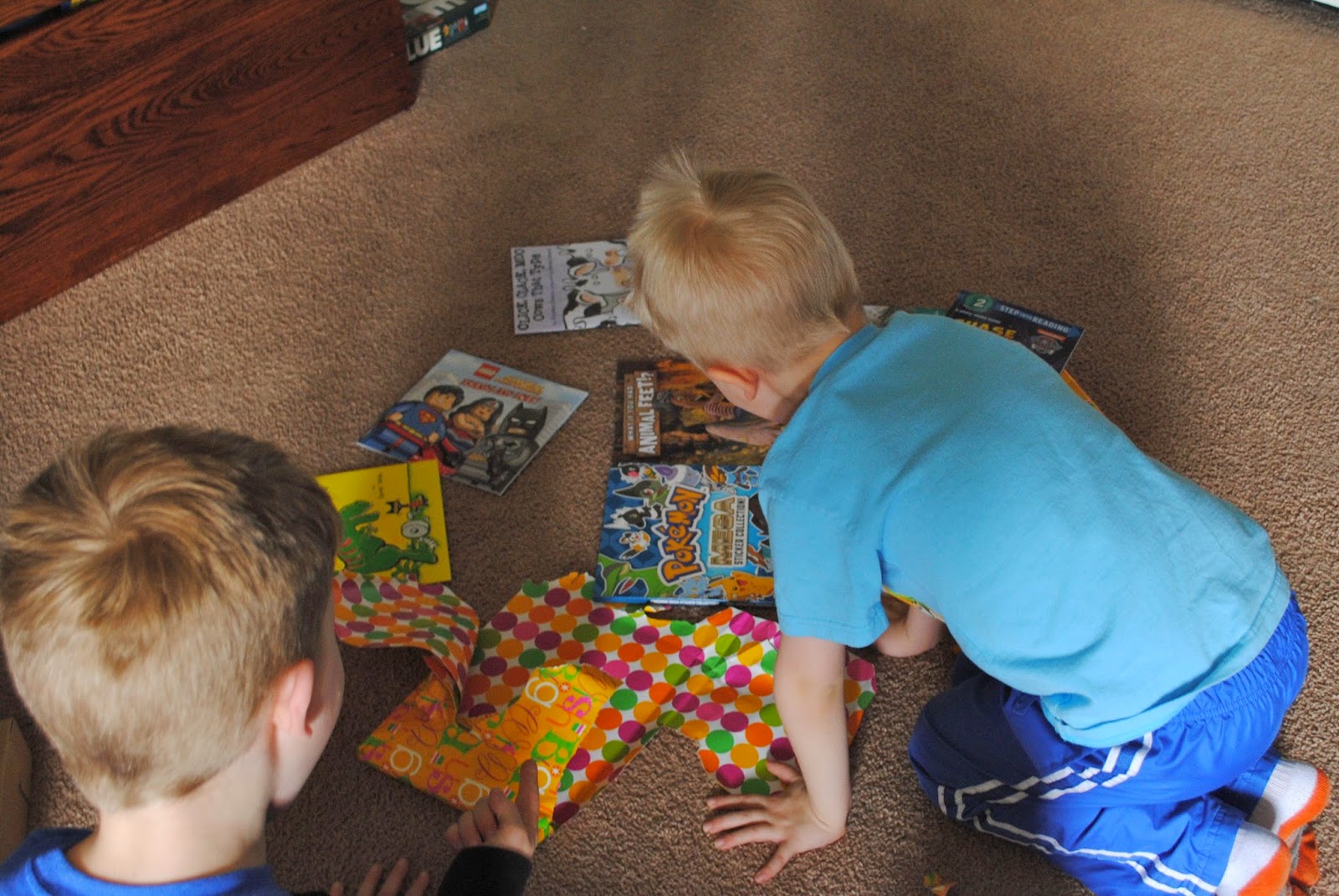 He was the most excited about the big stack of books he received.  As he flung them across the floor, he exclaimed "I needed these!!!" 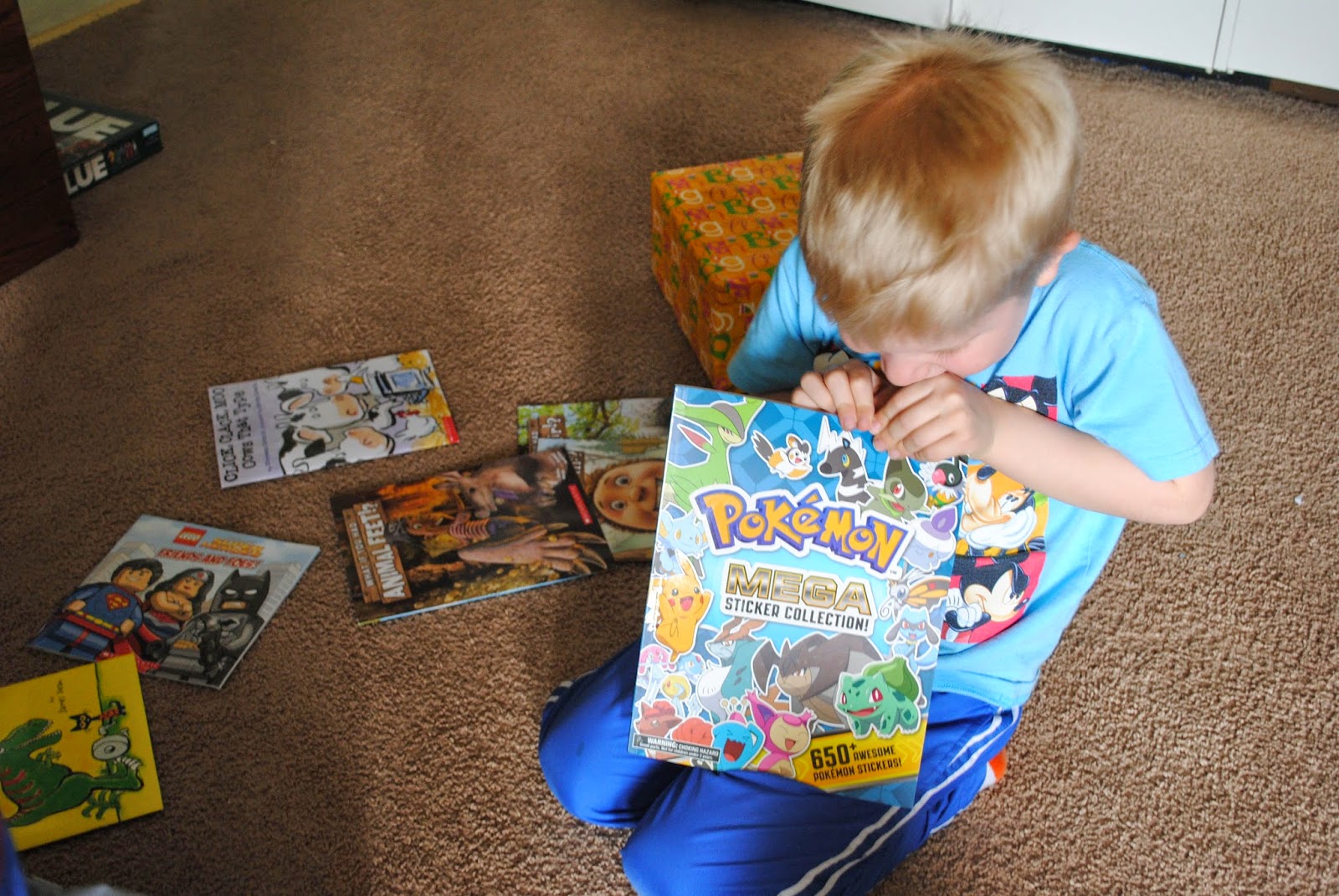 He was very excited about the Pokemon sticker book, too. 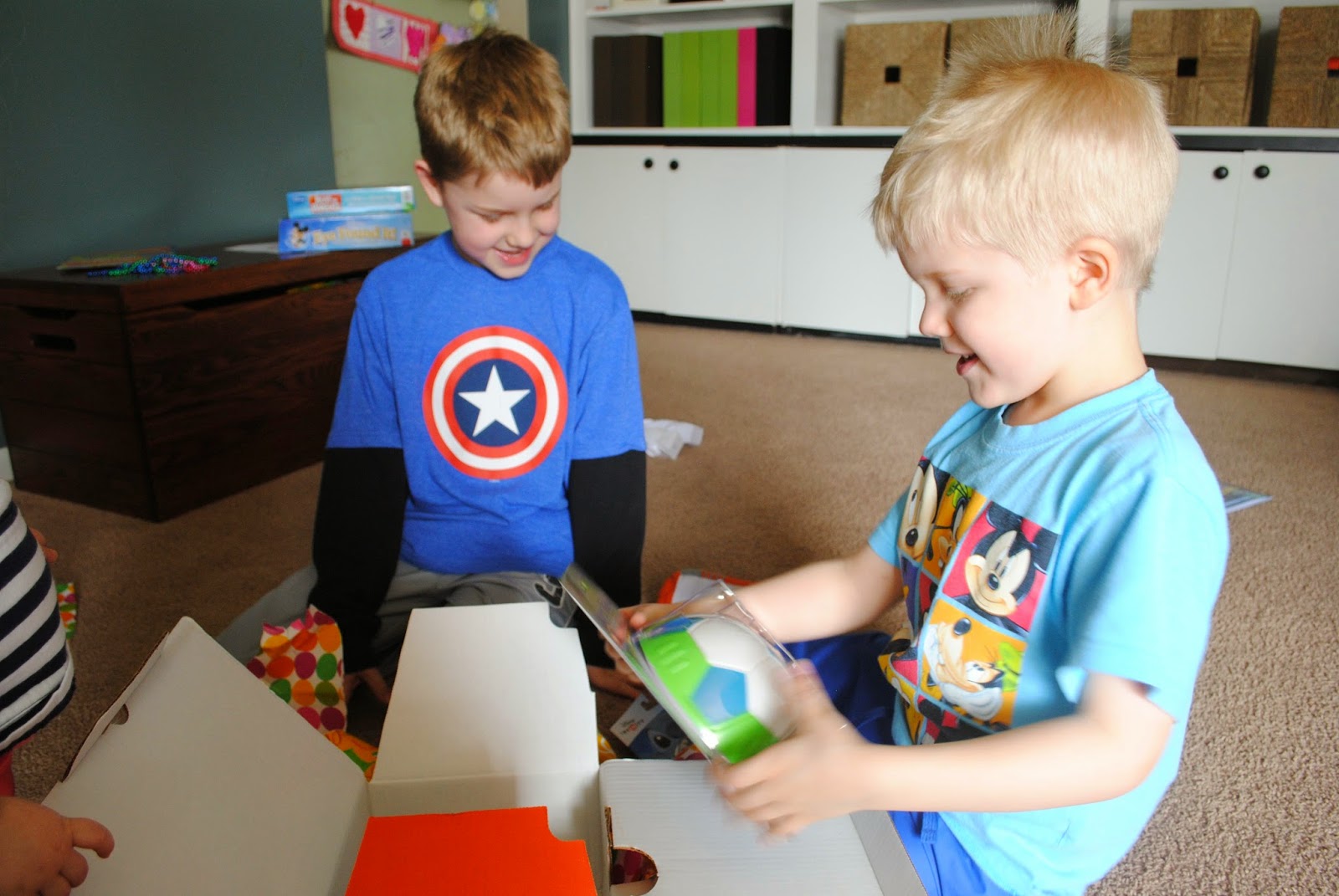 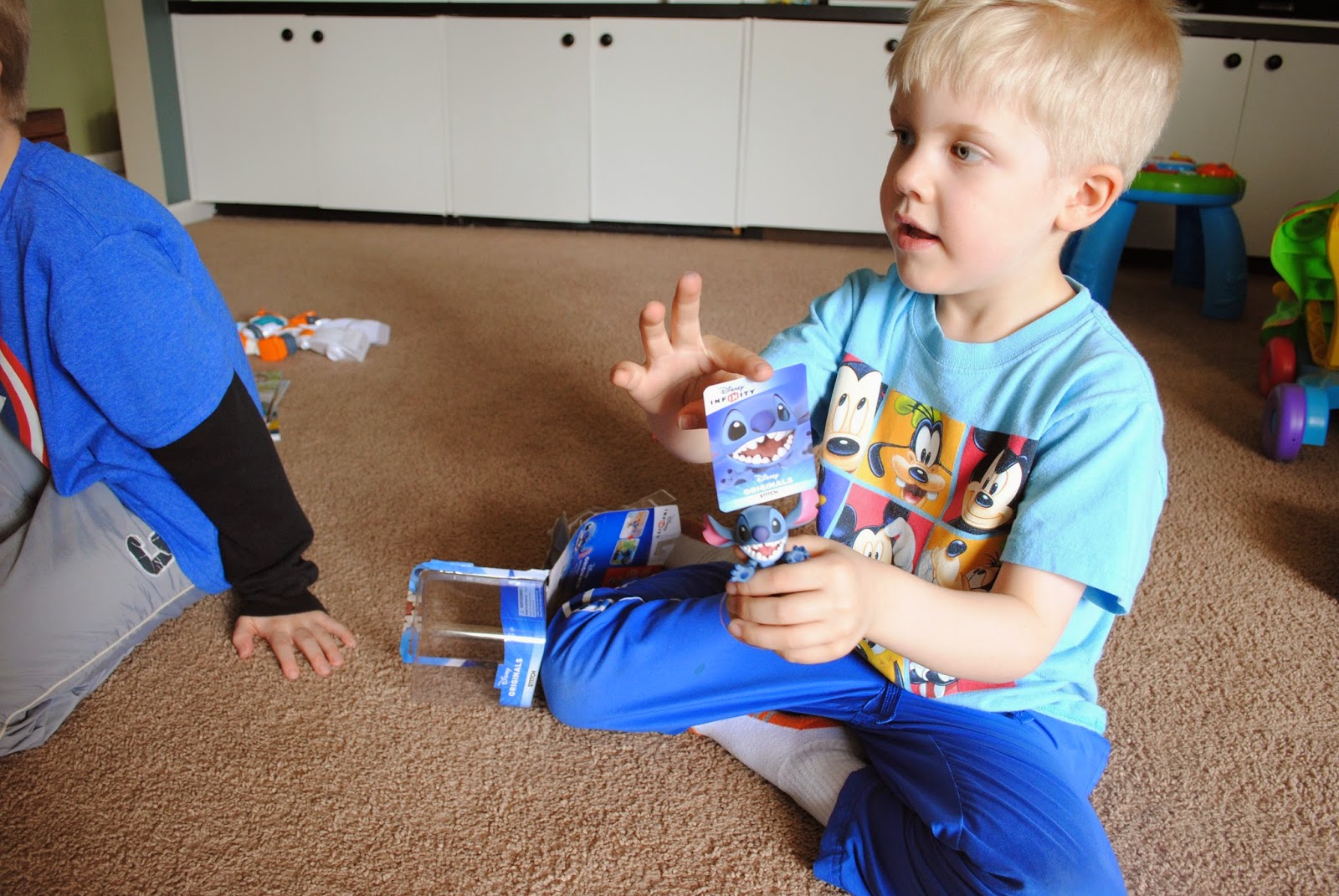 and Stitch for the Disney Infinity video game.

When it came to choosing where he'd like to go for dinner, he gave it a lot of thought, and decided on "an ice cream shop."  We told him that an ice cream shop for dessert is totally doable, but where would he like to eat?  Any maybe, just maybe, he could choose a place to eat dinner and have ice cream.  He happily decided upon Culver's.  Totally and completely un-coerced.  I promise. 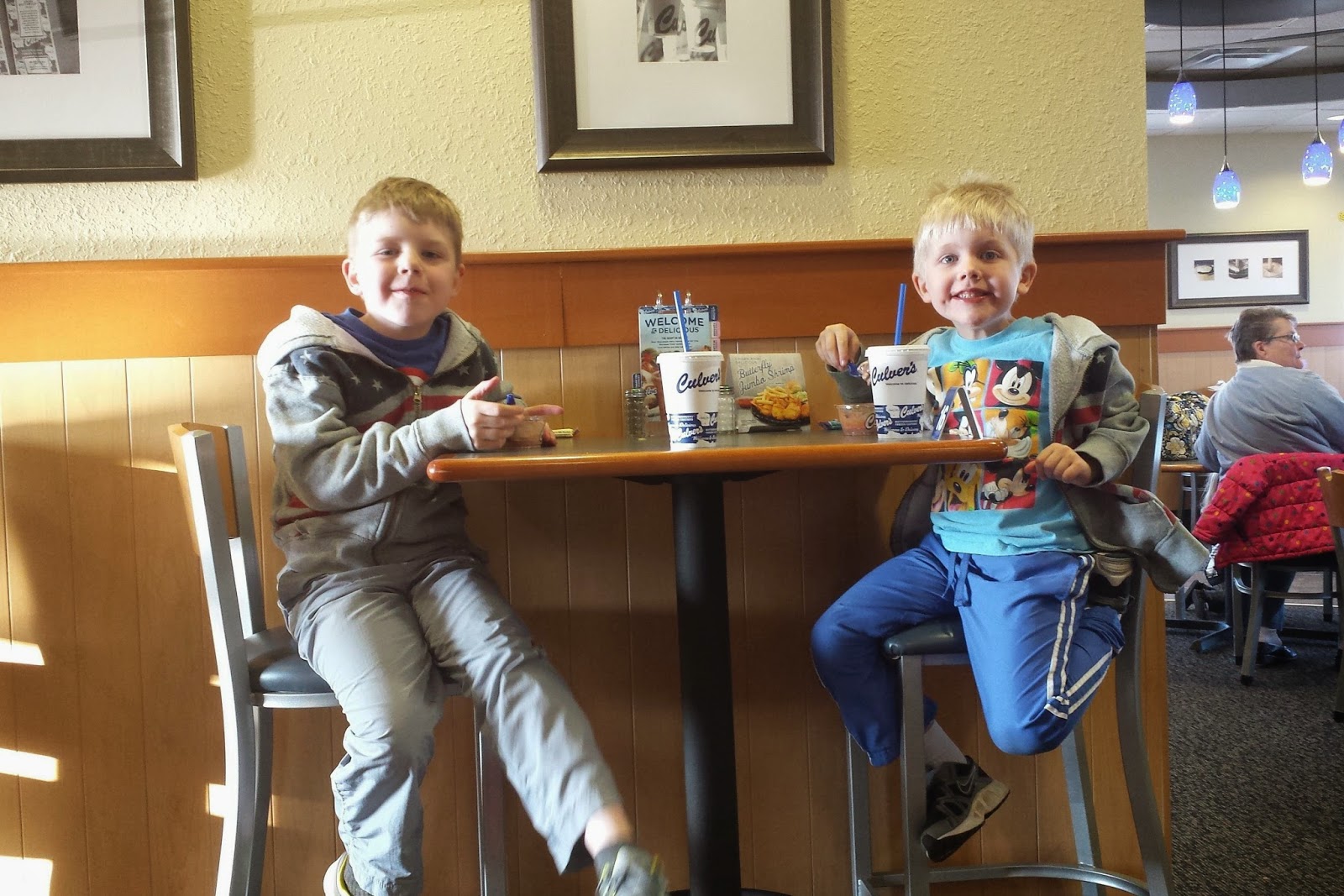 It turned out better than we expected.  On the second Tuesday of every month, our local Culver's hosts a family night.  Discounts on kids meals, activities for kids, and an appearance by Scoopie are all included. 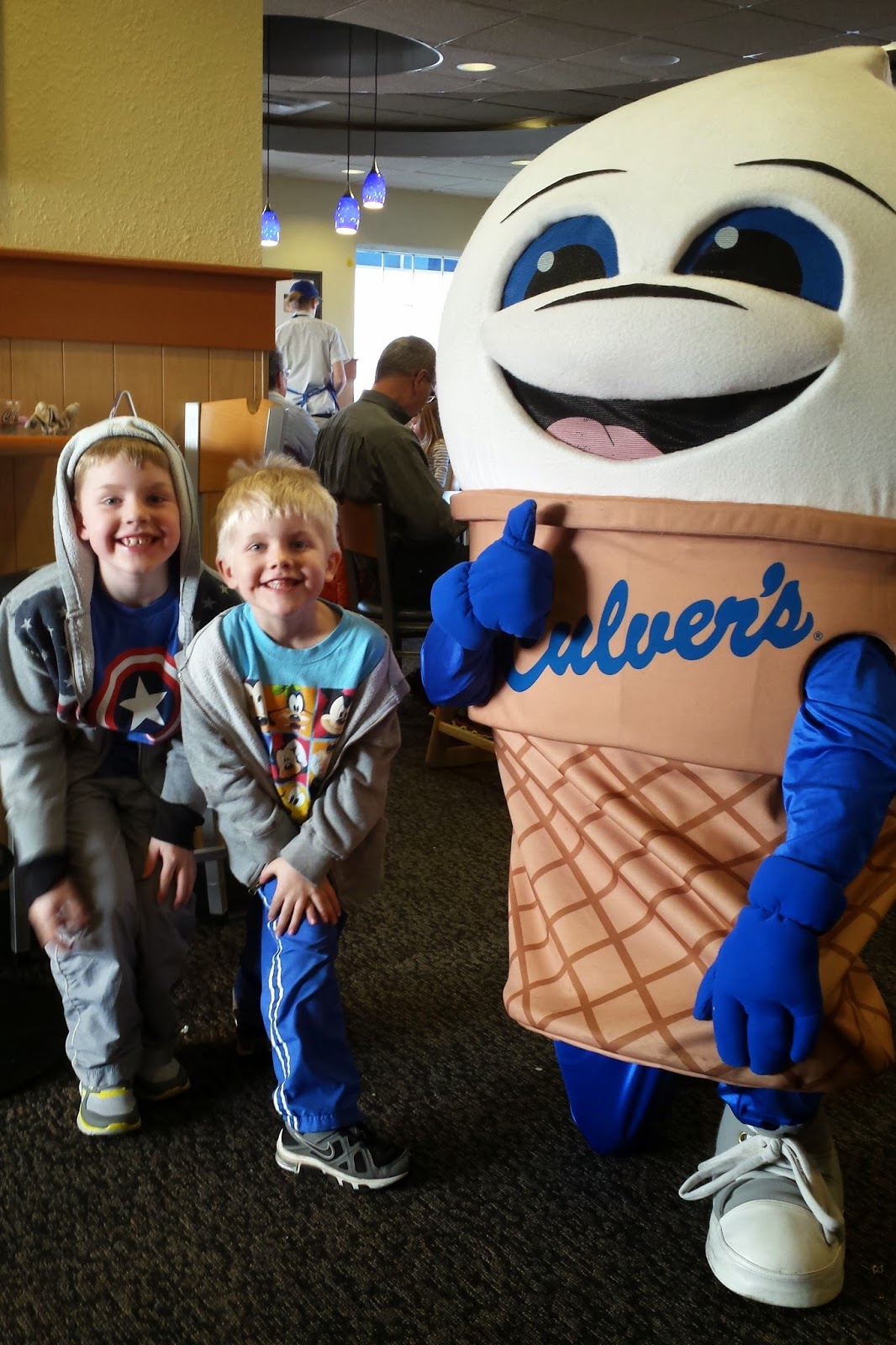 What can beat this?!

I'm beginning to feel like a broken record - every birthday proclaiming my love and affection for my sweet kids.  It's just that the deep love I feel for them can only be expressed in a handful of ways - because it is just that - so, so deep.  Motherhood is a million times more difficult in a million different ways than I could have ever imagined or been prepared for.  But motherhood is also the greatest adventure, greater than I could have ever hoped for.  So we celebrate Reed today because he is the greatest gift.  We wouldn't be "us" without him, and he is the awesomest kind there is.

I love you so much, Squirt.  You are my heart.