Here is what Brad shared on Facebook yesterday afternoon.

Proud/Happy Parent post: I actually had an insight in the shower this morning (not far from where I do my best thinking) and I know I'm not the first to think this but it occurred to me that I should have two different emotions as I watch and coach my son in sports. The common one we hear and say is how proud we are and we often say that after they accomplish something and it's not a bad thing really, but I was thinking that after they succeed in something that the emotion should really be happiness, we are happy that they get to experience success. The emotion of pride should really be based solely off their effort.

So anyway, this thinking all happened before Drew's basketball game today and Drew hasn't had a lot of individual success in his sports activities. He hasn't scored a goal in a few seasons of soccer and he hasn't made a basket in one year plus one game of basketball. He really wasn't feeling very excited about playing today (promise of a candy bar can do a lot). So the game started and after a few minutes the ball came to him at the corner of the free throw line and he was pretty open so he turned and shot...and....nothing but net!!! He was so happy, and so was Dad. He then went on to make another basket in the second half to show that it wasn't a fluke I guess. 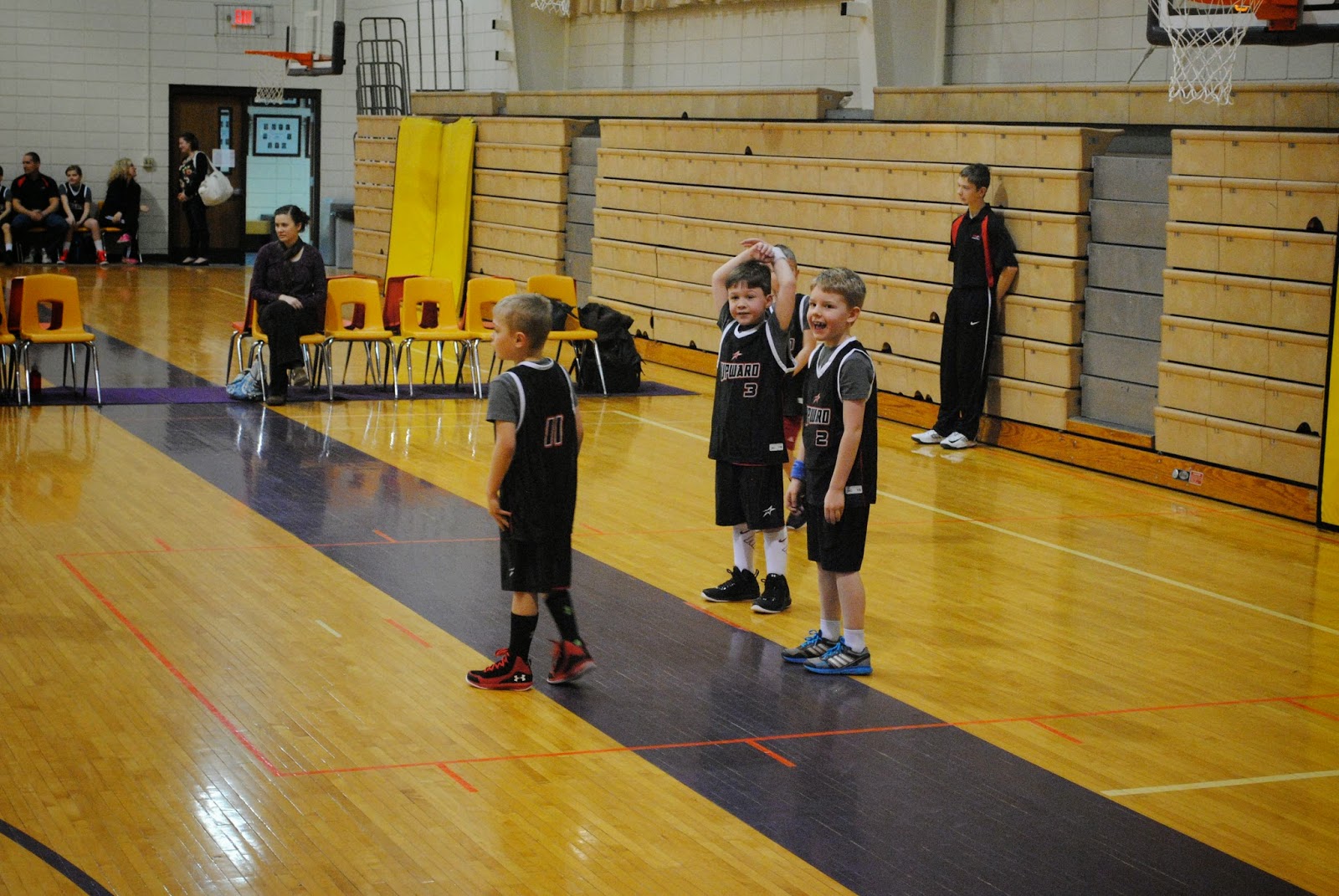 Drew's face after returning to defense after making his first shot. 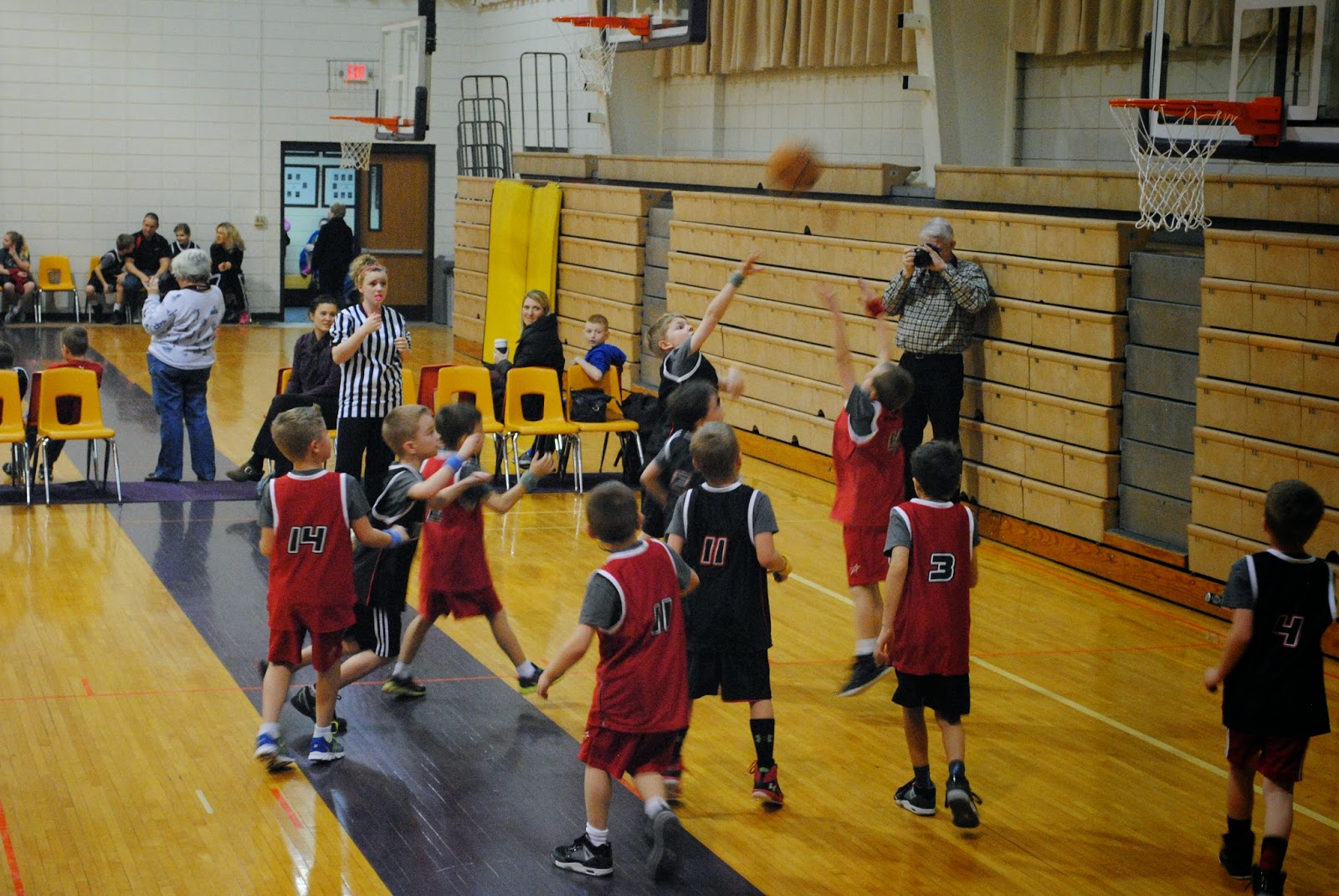 Friends, this was a big deal.  A huge deal.  An incredible accomplishment for our first born.  The mental and emotional obstacles he has to overcome in order to just put himself out there are significant, and to see how his confidence exploded after that first basket...  he was a new kid after that.  He wanted the ball.  He wanted to shoot.  He wanted to try.

So yes, I am happy for his success, and thrilled to see the change in his confidence.

And I am so proud of his willingness and his commitment and his effort, for sure.

But man, I am overjoyed for all that he is and all that he discovered about himself yesterday.  That boy.  He's something.

As I was perusing through the photos I took at last week's game and yesterday's game, I can see the difference in Drew's confidence in these photographs. 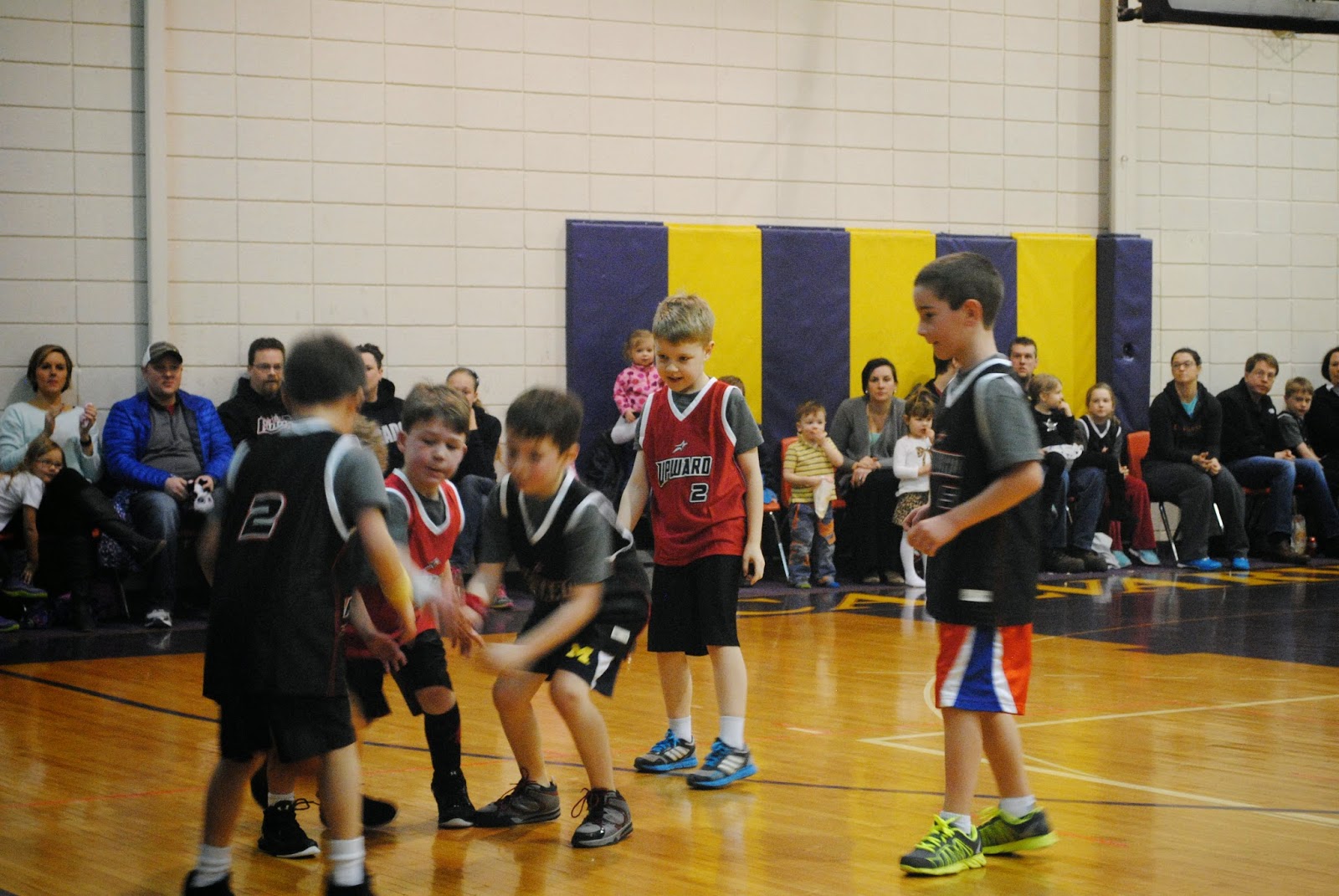 Last week: he participates.  He's there, he plays, he runs, but he's an observer more than anything.  He stays around the perimeter and puts his hands up more often to protect himself from the ball than to play the game.

This week, after that first basket: he was in it.
{He's #2. Click on photos to view larger.} 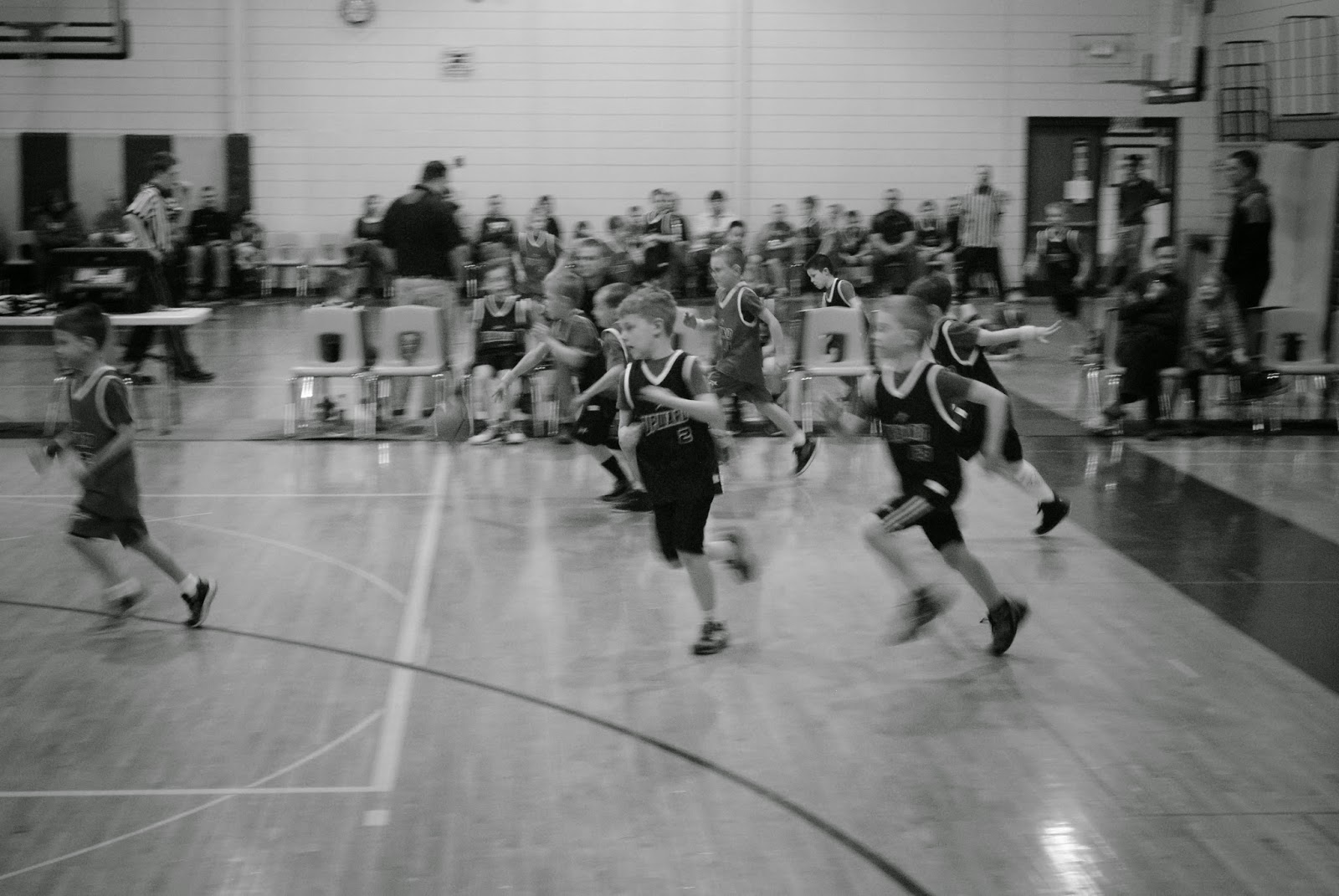 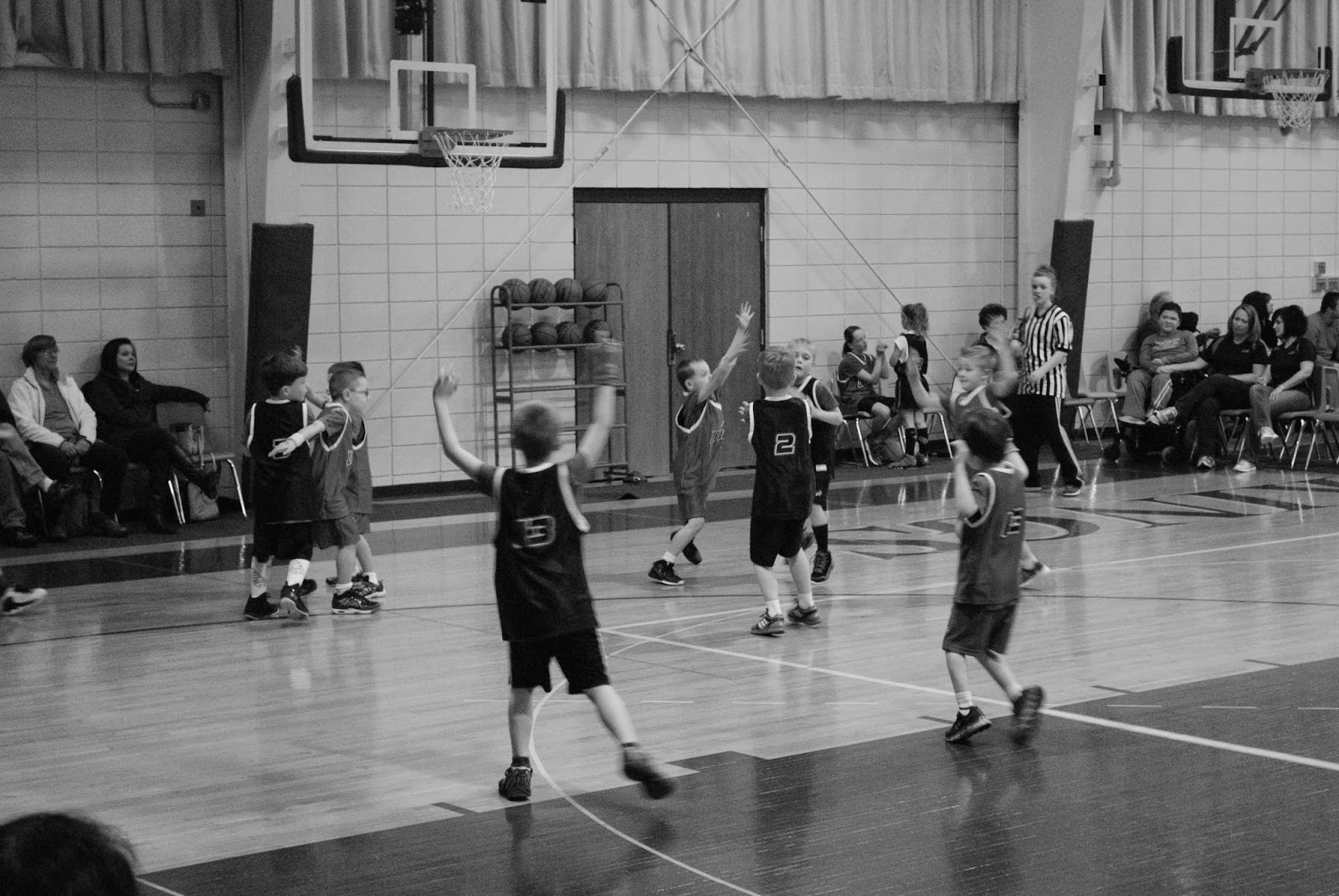 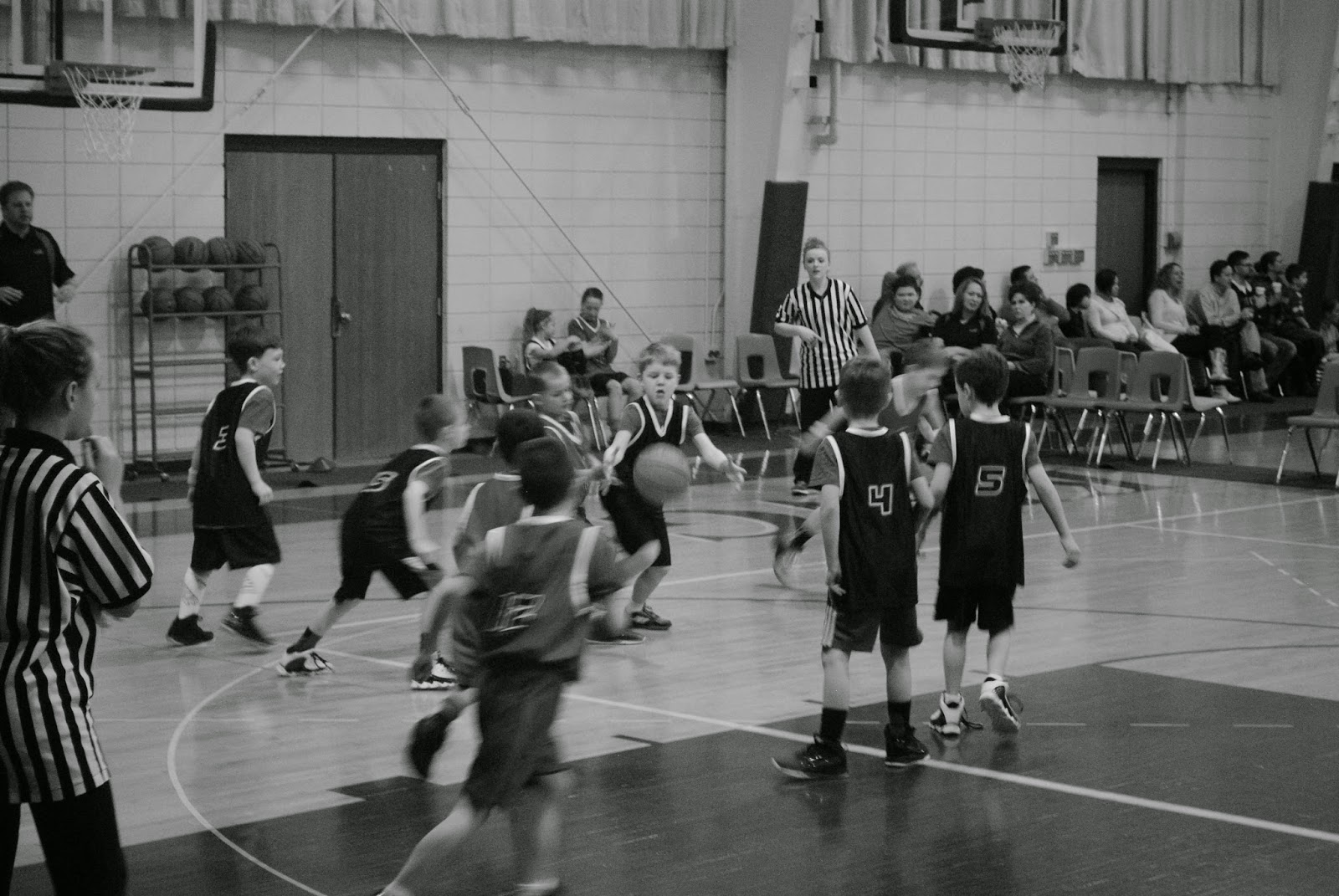 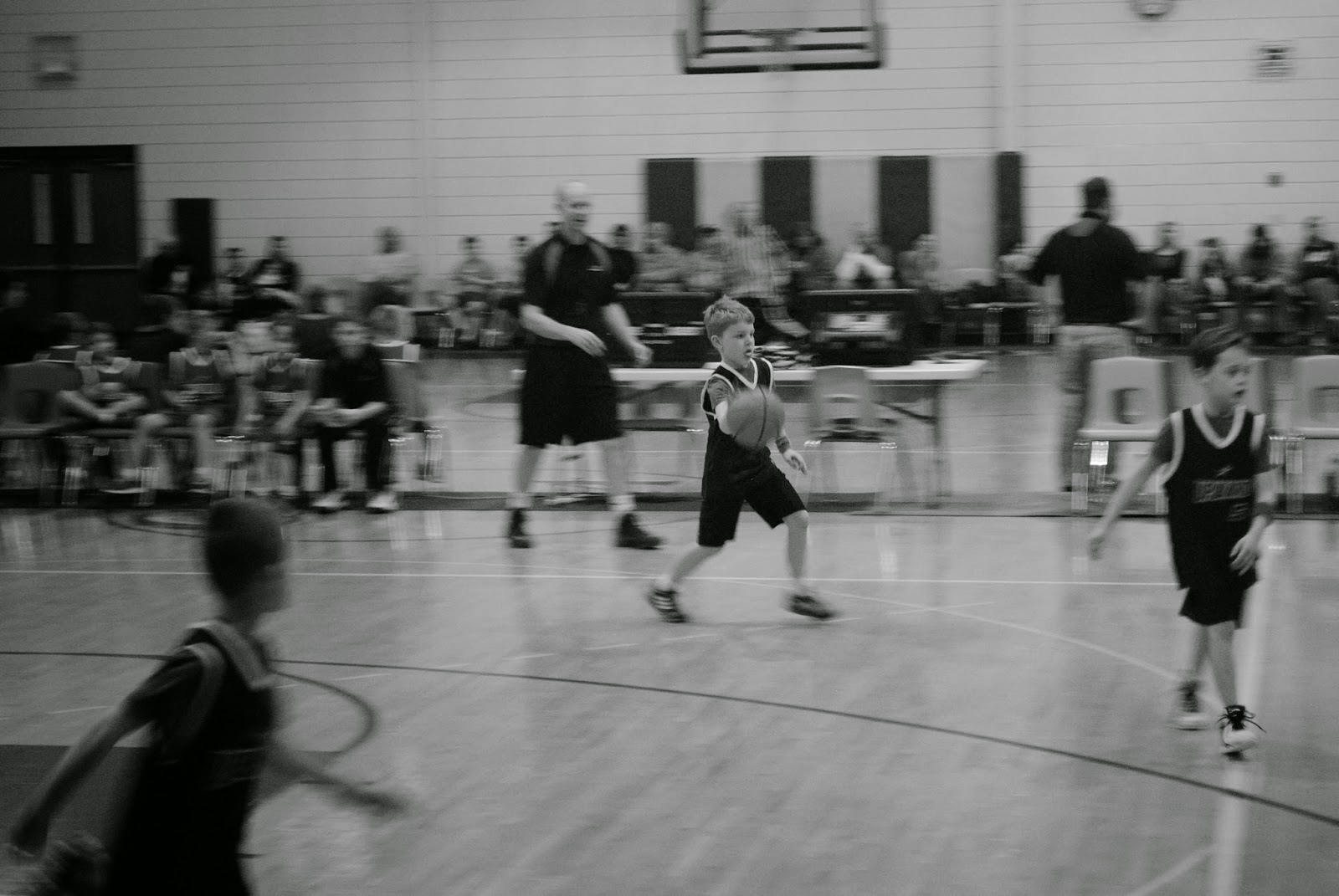 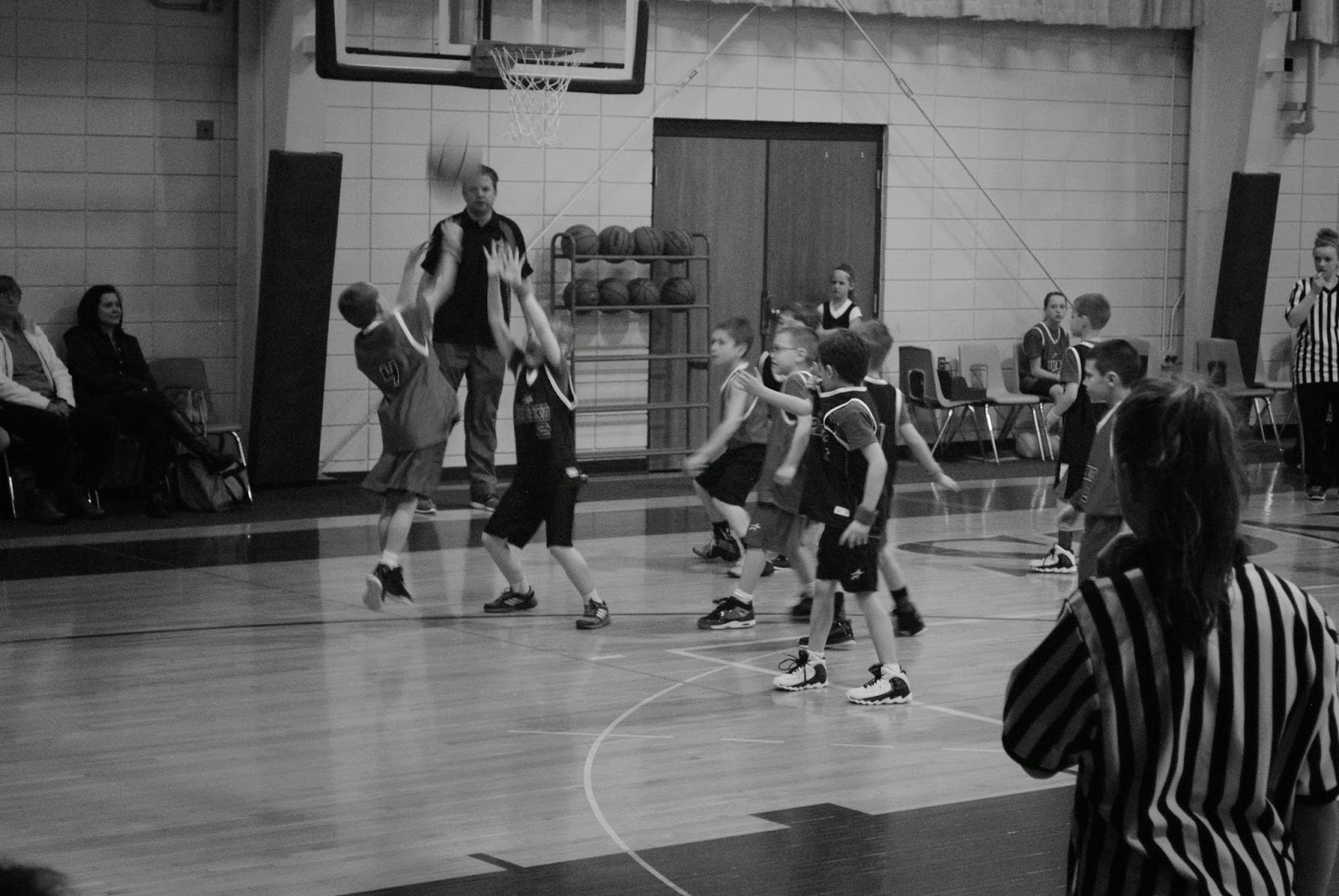 (Arms up to block that shot.) 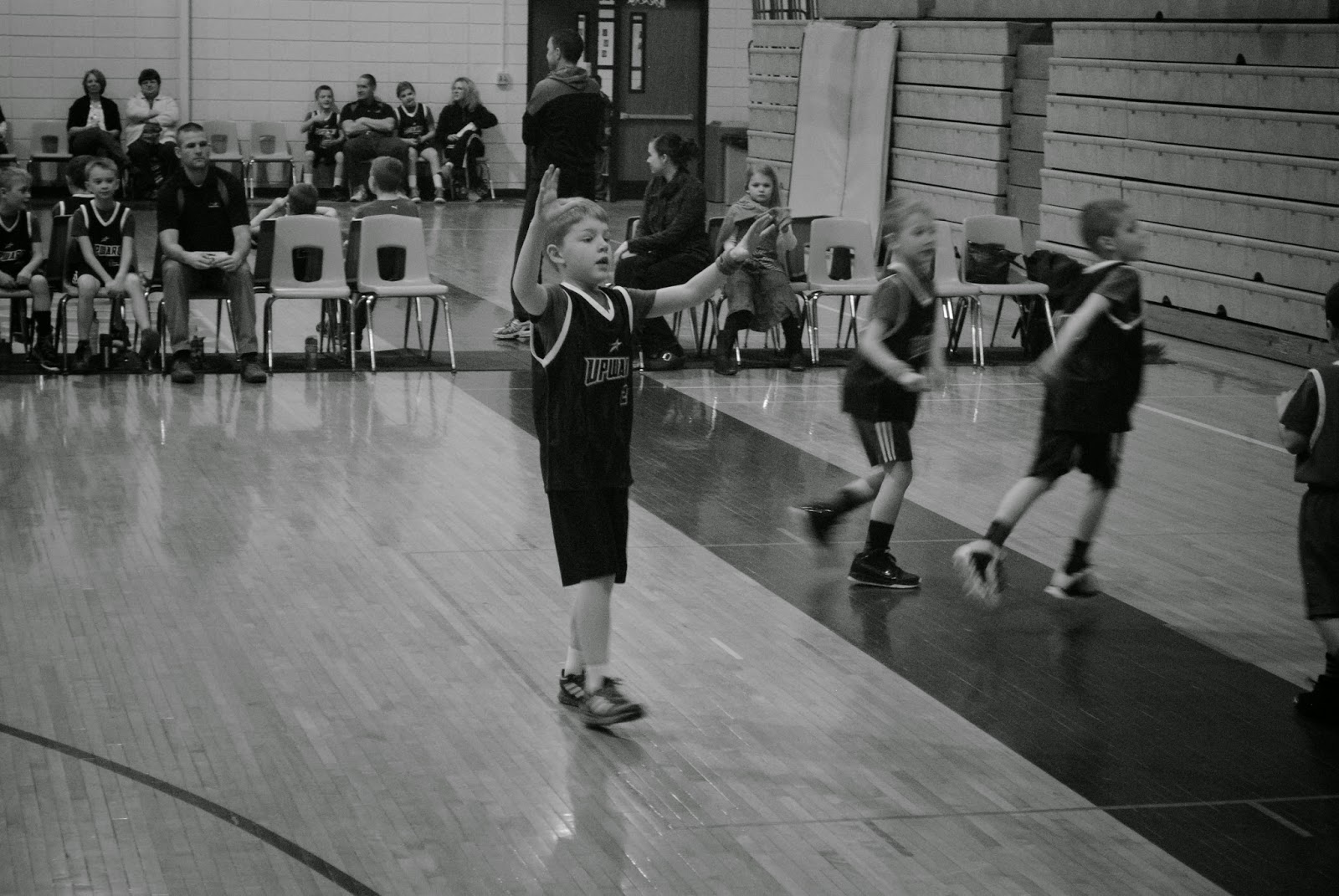 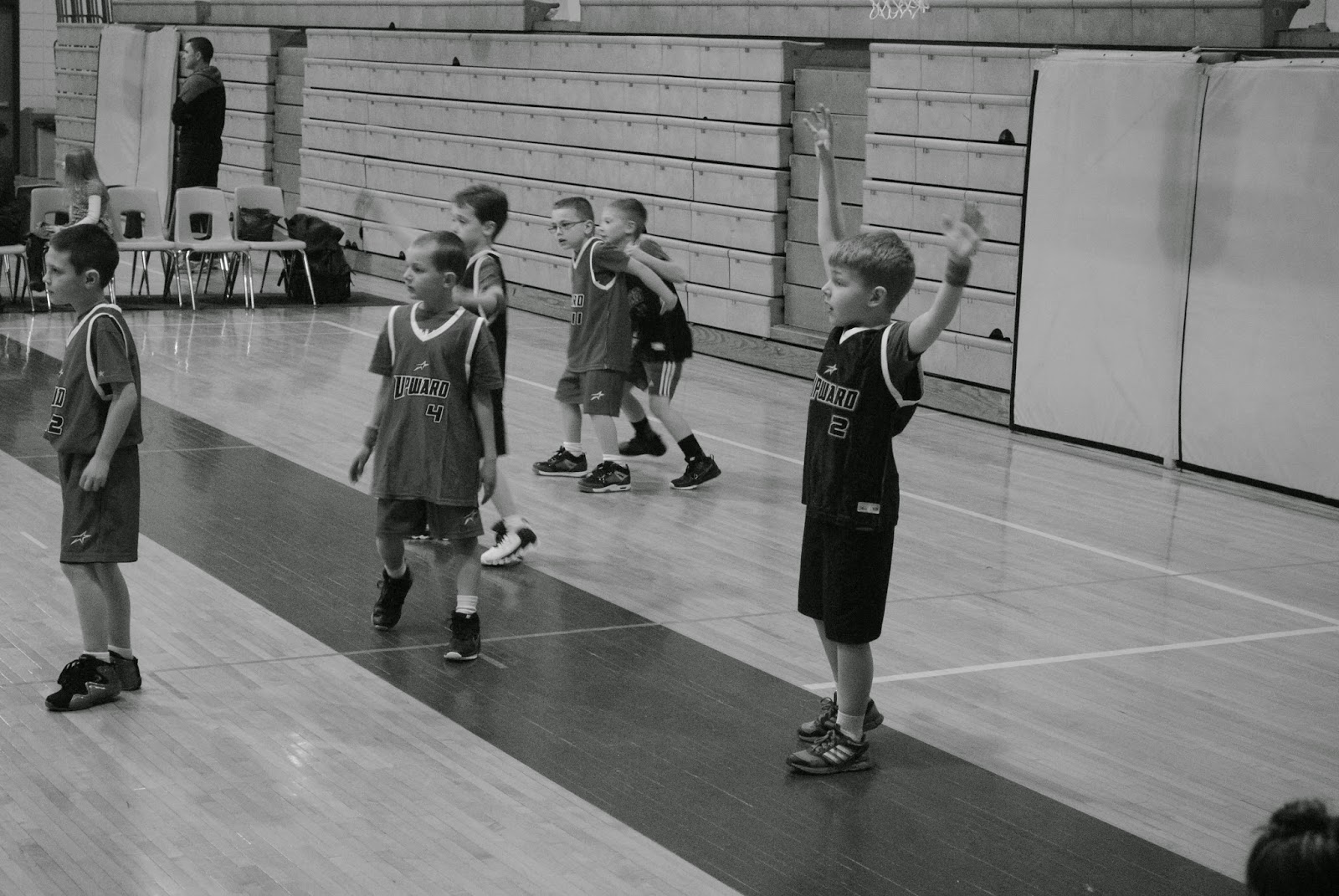 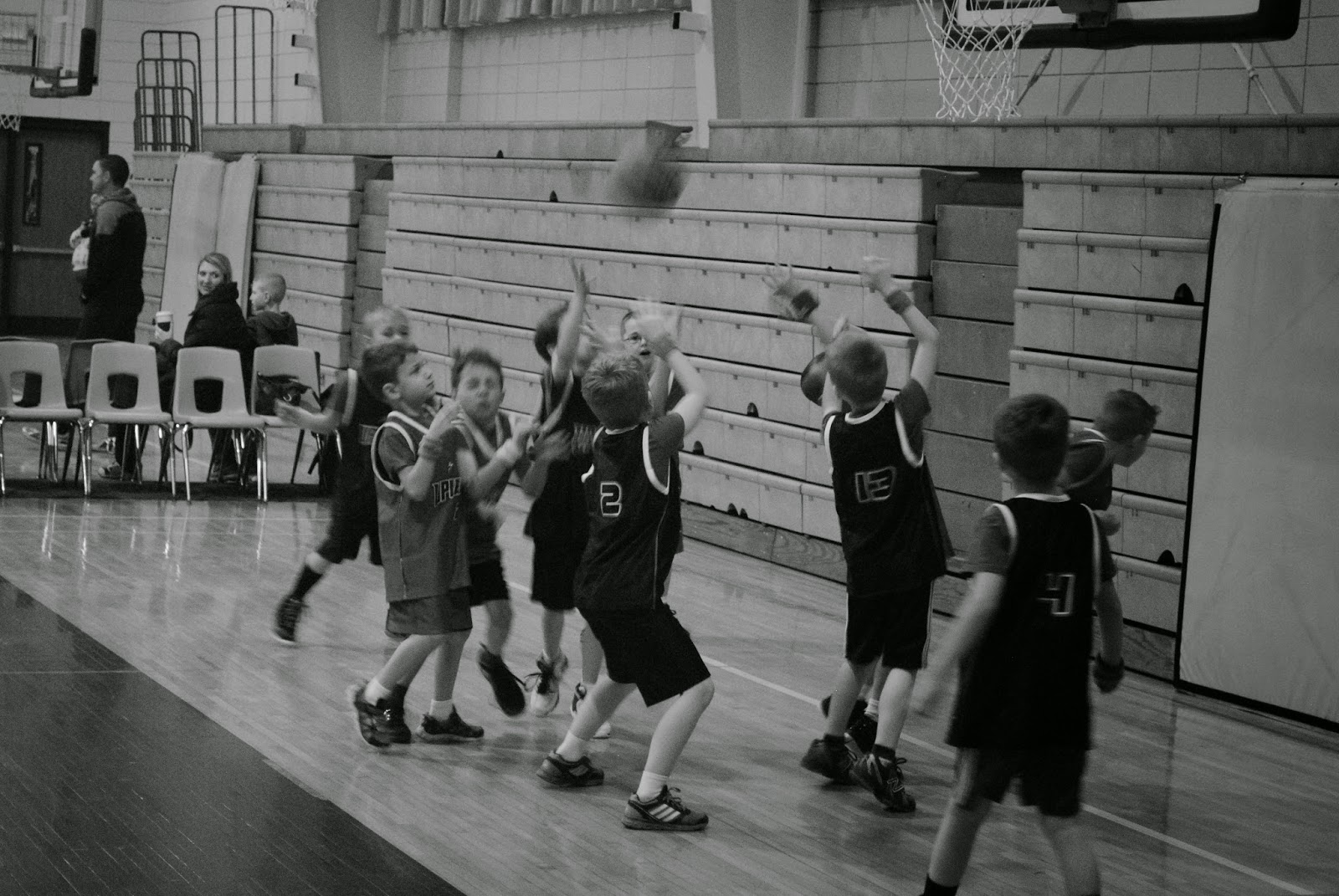 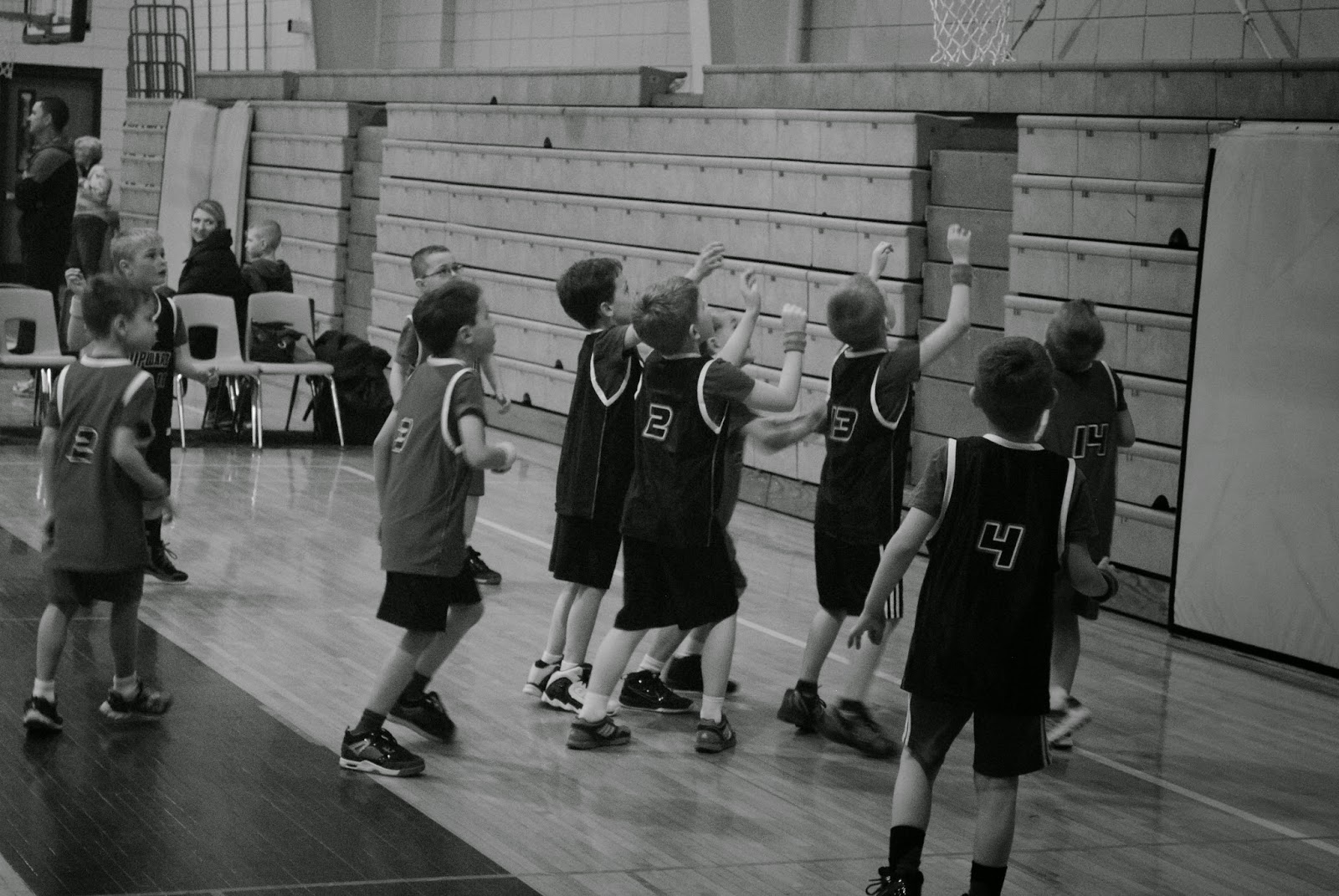 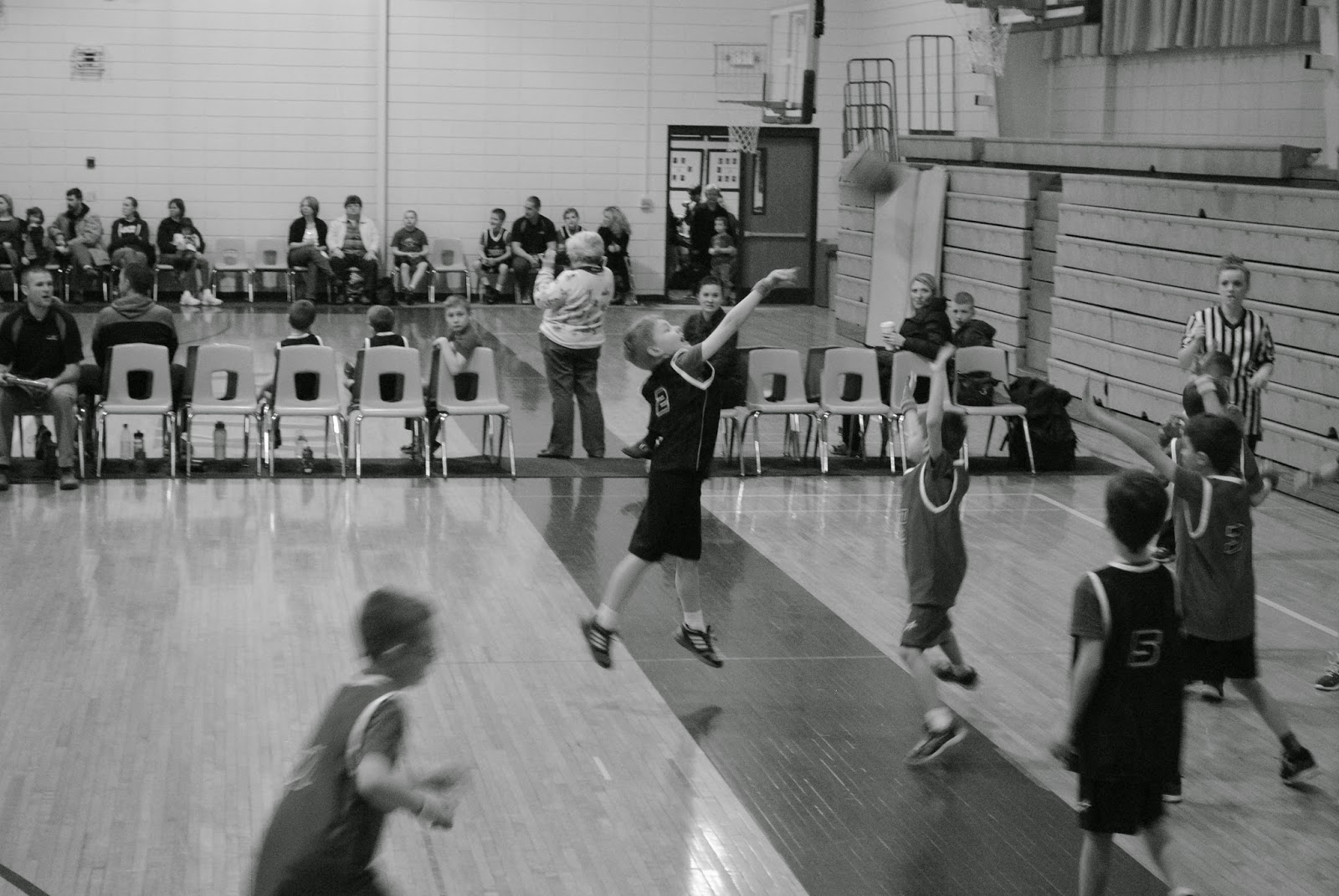 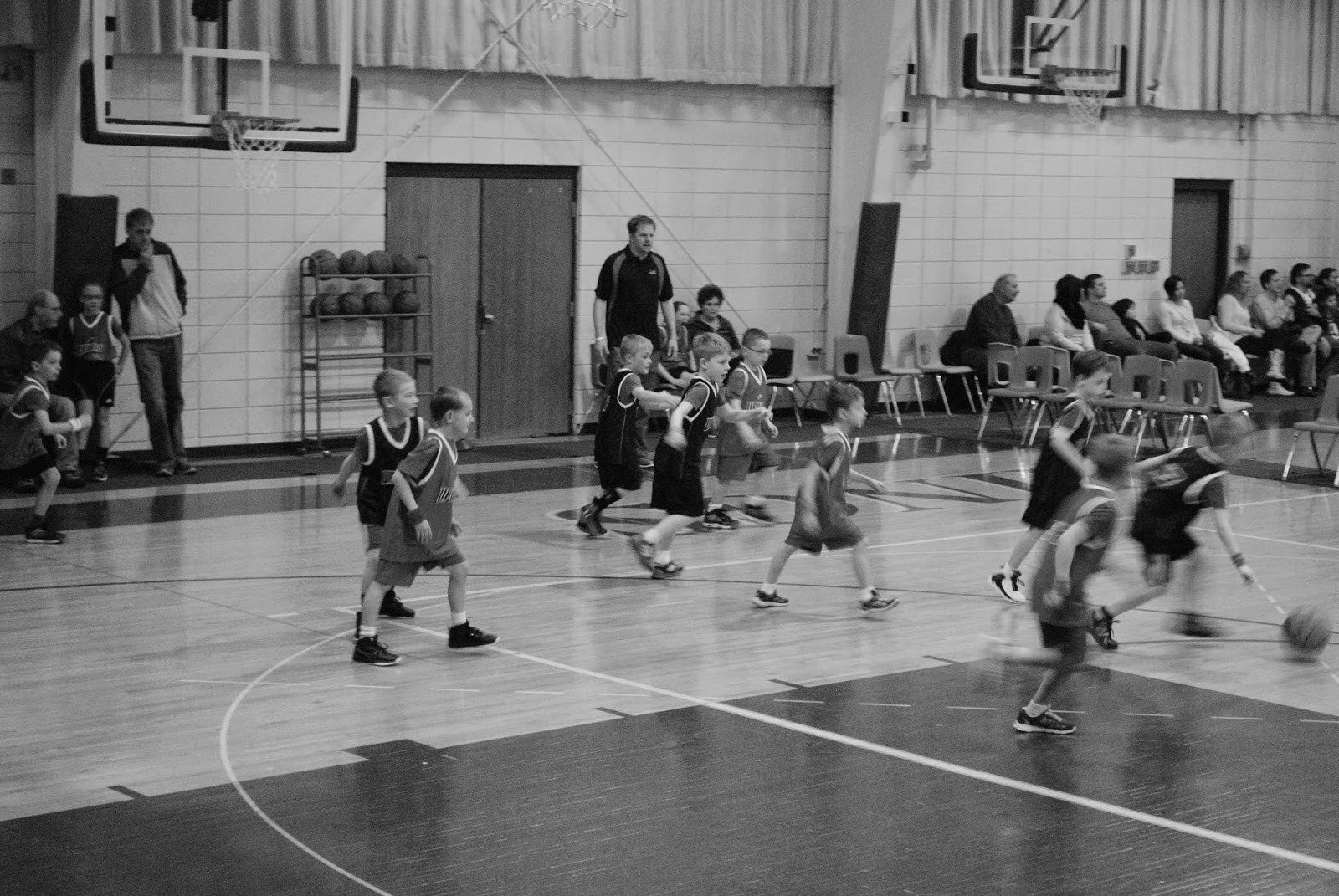