He's Kind of a Big Deal

Drew had a pretty thrilling day on Wednesday at school.  Here's the rundown, 1-2-3...

1)  During the month of  March, the second graders have been leading the morning's recitation of the Pledge of Allegience and school motto over the loud speaker.  Yesterday was Drew's day.  Not a bad way to start off the day!

2)  At some point in the day, Drew's entire class trooped down the hallway to be peer-teachers to Reed's class.  The 2nd graders got to pick which kindergartener they wanted to work with, and Drew picked Reed.  This isn't a total surprise as it's not like Drew is one to pick a kid he doesn't know, but still...it warms my Mama heart.  They were together with Reed's class during their writing workshop time, and the boys tell me they wrote about Minecraft.  I'm anxious to read it.

3)  The entire second grade was treated to a lunchtime treat as local young adult mentors from United Way's Young Leaders United and Student United Way joined them at school for Dominos pizza.  After they ate, each student was paired with a mentor to read a book together.  Drew told us a bit about the experience after school - who his partner was (and a fair amount of detail about him), what book they read, how good the pizza was.  He actually shared more about this than he usually shares about his time spent at school, but that could have been the pizza talking (his favorite!).

As I was making dinner last night, Brad came into the kitchen with his laptop and showed me the home page of the Midland Daily News, and there, big and bright, was my kiddo's face!  Imagine that!  {We found out later, as we received copies of the paper from friends, that the picture is *huge* and centered on the front page!} 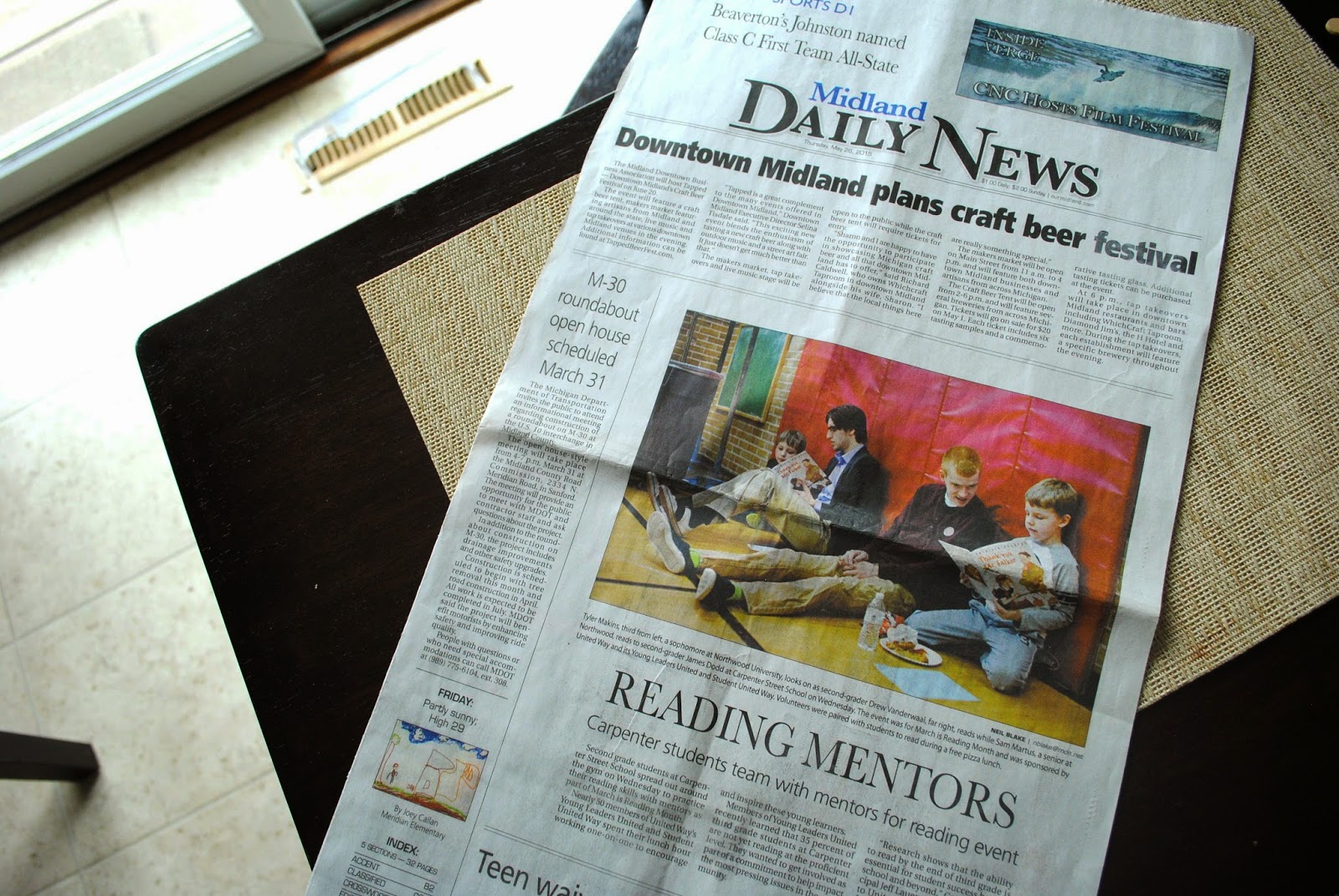 When we told Drew that thee most important news goes on the front page...well, he was feeling pretty good.  ;)

Also, last Friday night, Drew, alongside five other students, performed a skit in the school's annual talent show.  He was asked by a good buddy of his if he'd like to participate, and although shy and unsure at first, I encouraged him to try something new.  He really likes his friend, Spencer, and so he was able to push his fears aside a bit and agreed.  He and Spencer performed as "Soap Suds" and "Scrub Pad", the resident dogs at camp who kept those kitchen dishes clean. 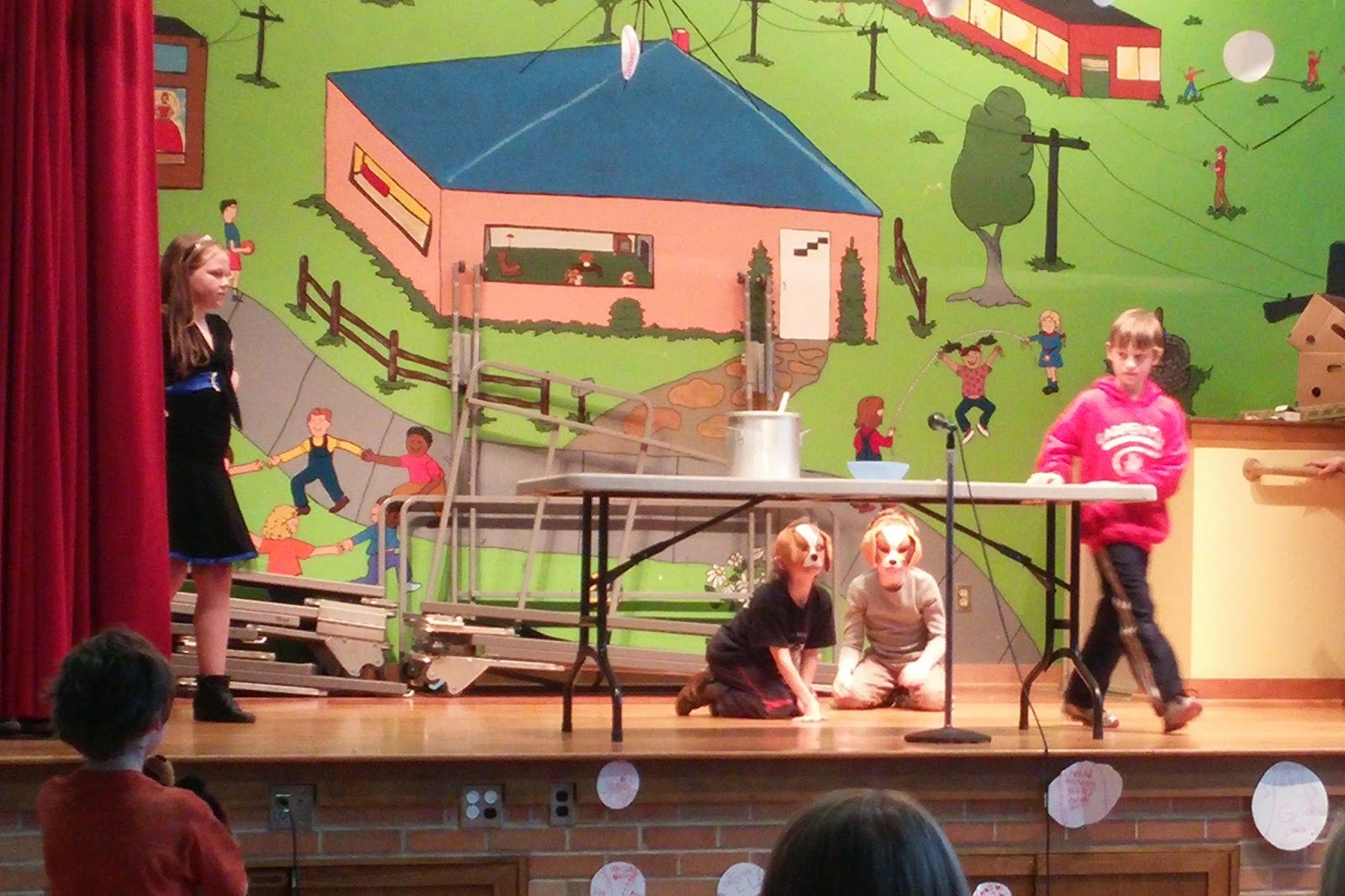 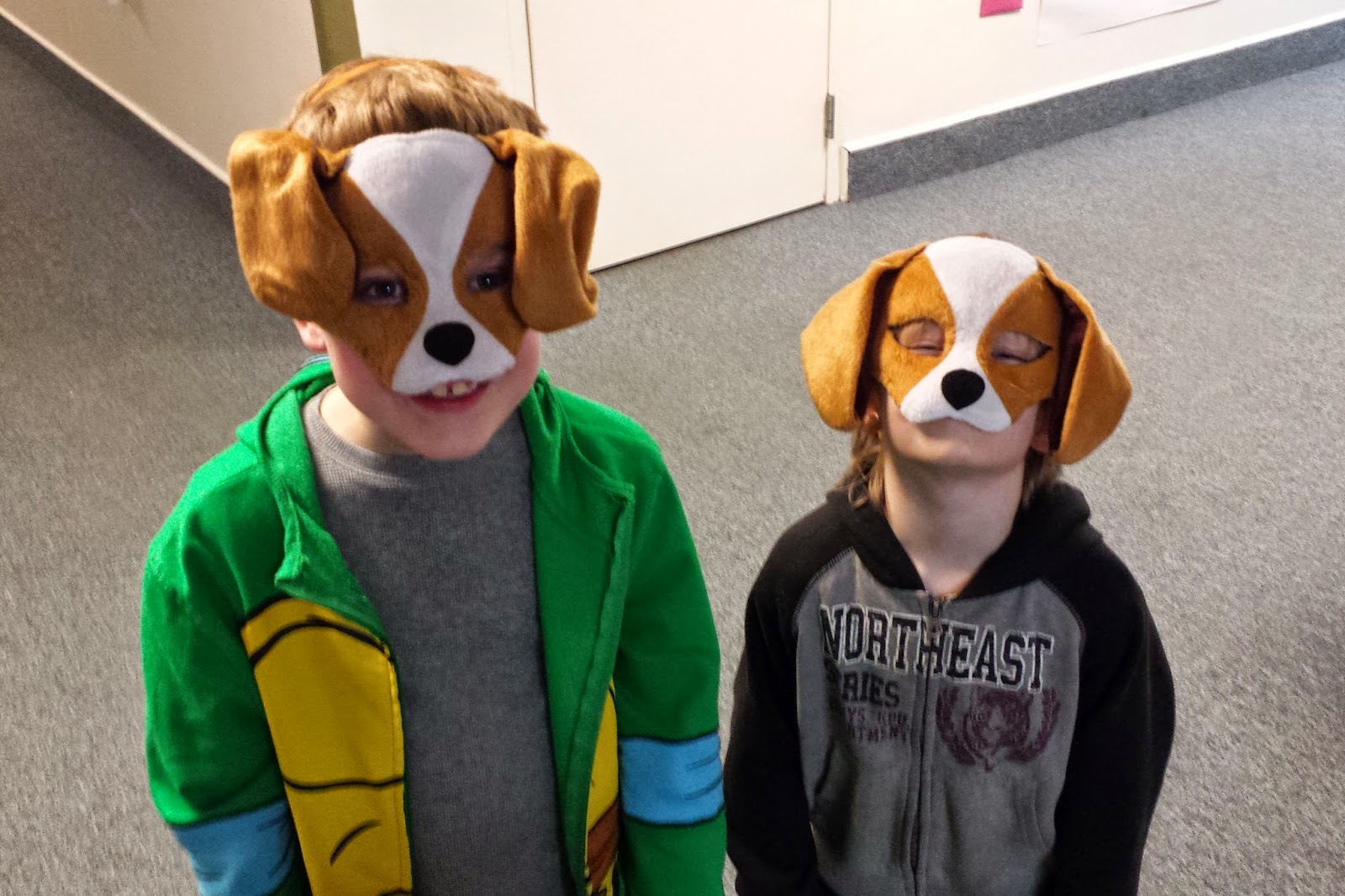 It was a short, fun skit, and dare I say, got the biggest laughs of the night.  Better than that, I think Drew really enjoyed himself.   :)