The Vander Waal boys have done it!  They've learned to ride without training wheels!  Woot! 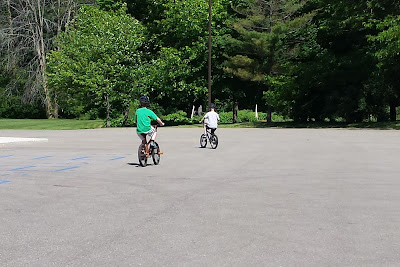 This has been a long time coming.  We know that every kid does every thing on his/her own time schedule (hello! potty training!) but when it came to taking off the training wheels, it really was a conglomeration of a lot of factors, on both the boys' part and ours.  Drew actually had it pretty much down by the middle of last summer, but for some reason (lack of confidence? fear of falling? yep, probably) he got off his bike and decided he didn't want to get back on.  Sometimes Reed is geared up, ready to try things before Drew is and I thought that that might be the case with the bikes, but nope.  Reed wasn't that interested either.  He tried about a month ago but after struggling for maybe three minutes, he quickly asked for his training wheels to be put back on so he could go faster.

Brad and I had talked about taking a Saturday and going over to the church's parking lot to work on it.  Smooth surface, no cars, and a continuous loop of pavement so they could just keep on pedaling (much easier than our sidewalks which are bumpy and narrow and require stopping at every intersection).  The Saturdays just kept creeping by until we finally got the fire lit under our tooshies (and beautiful weather!) and we got ourselves out there this morning. 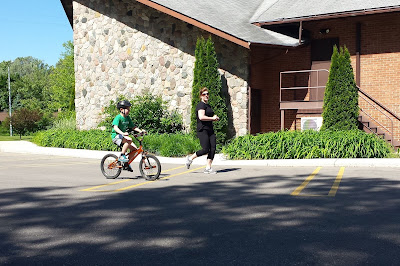 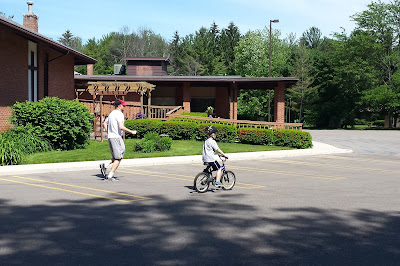 Brad and I alternated running alongside each of the boys as they circled the church.  And really, we should/could have done this months ago for as easy as it was for the boys to accomplish.  After just a few loops, they were on their own and ready to go!  And after a few more loops, they pretty much had down starting and stopping on their own, too.

Typical for Drew, he needed more mental encouragement than anything else.  As I ran, I chanted "You can do it!  You can do it!" quite loud and obnoxiously...it made him laugh and relax a bit.  Once he proved to himself that "yes, I can do it!" he was golden. 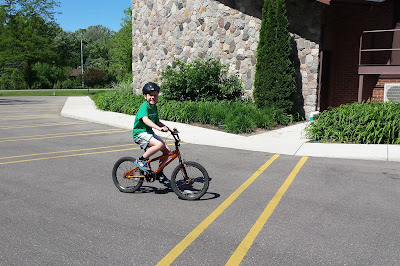 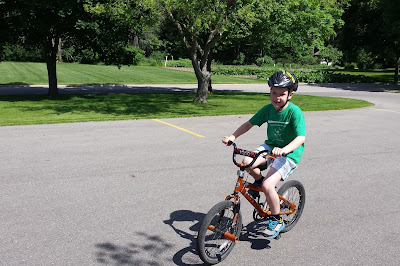 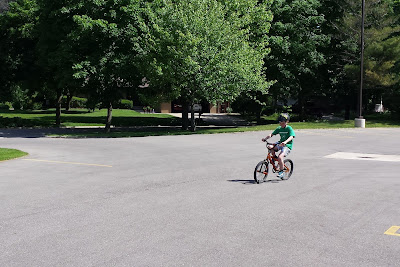 Reed, on the other hand, believed in himself, but had a bit to master physically - being able to balance without his handlebars and front tire wobbling wildly back and forth.  And he had to remember to keep his eyes up and ahead!  "Watch where you're going!" was a common refrain coming from Brad and me.  Once he got comfortable with his balance, though, Reed was a speed machine.  No fear from that one, none at all! 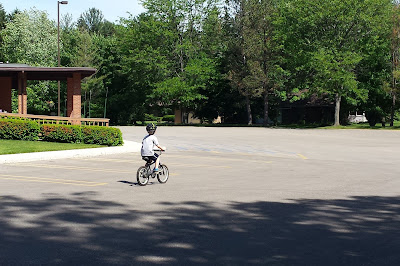 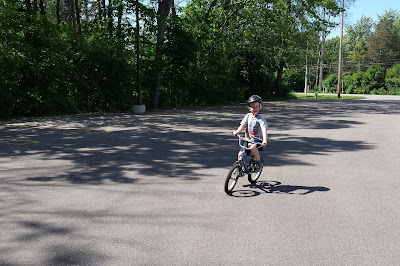 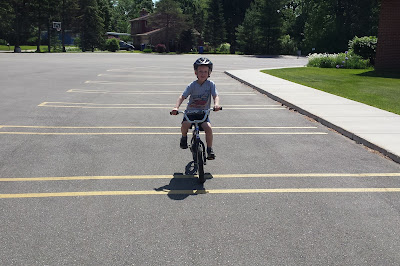 Ruby was there too! 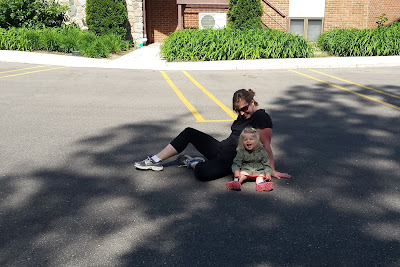 Now, once we find some kind of bike carrier for Ruby, family bikes rides will be in our future!  Yay!!