This morning we closed down Fall Soccer 2015.  This is one sport I just love to watch.  But only really when my kids are playing.  You know how that goes.  Anyway, this is our fourth season of soccer with the boys, and this year we saw marked improvement in both of them.  Not so much in the team winning category, but certainly in skill and in the game's fundamentals.  Soccer is a game of running, and both boys need to build up a bit of endurance :) but sports are certainly a good experience for the boys to learn teamwork, sportsmanship, and to get some exercise and fresh air.

About that fresh air, though...you'll see that only once or twice did we have ideal sunny and warm soccer weather.  We've found that both the spring and fall seasons can be temperamental and it brings the positive attitude vibes down when we wake up on a Saturday morning to rain and wind.  But, they play anyway (usually) and then soccer becomes a lesson in rising above unfriendly circumstances.

This year, Reed played for the first time with both goalies and referees.  He's not the fastest kid on the team, but what he lacks in speed he makes up for in determination and grit.  We were so encouraged to see him get in there and not give up.  Plus, he got flashy new cleats this year (bright neon green) so I think that gave him a little extra spunk out there on the field.  He loved to played defensive positions, especially goalie.

Check out the Volcanoes in action! 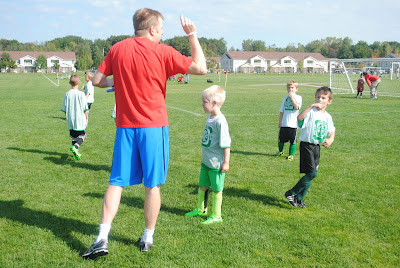 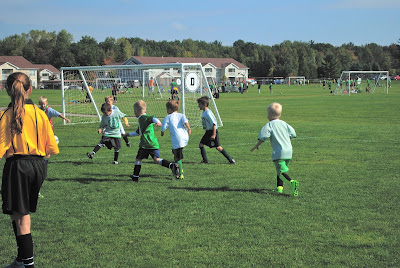 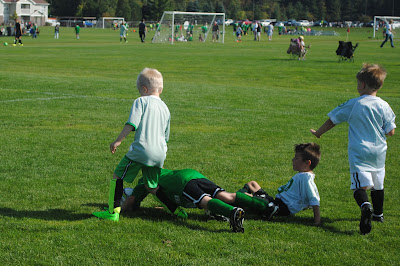 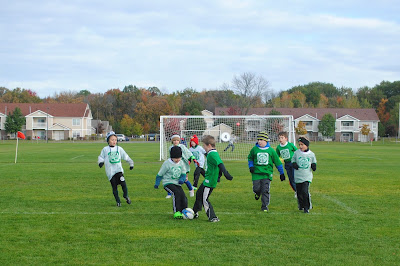 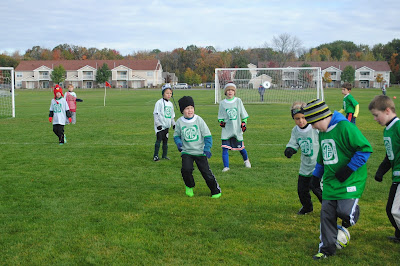 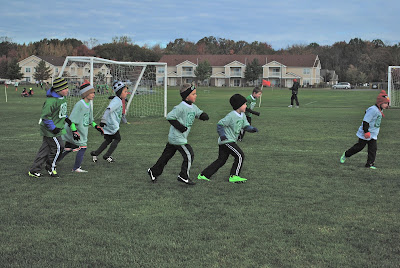 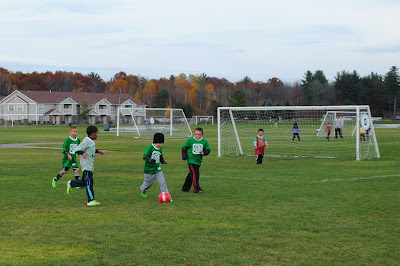 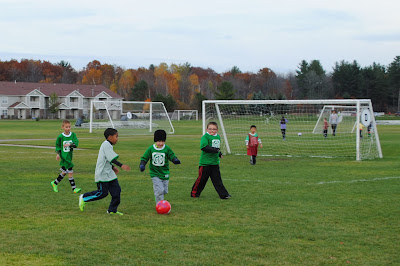 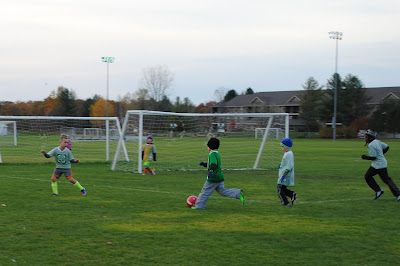 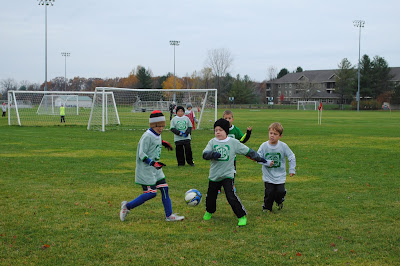 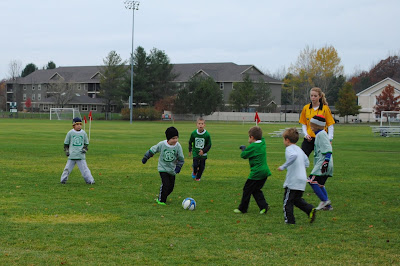 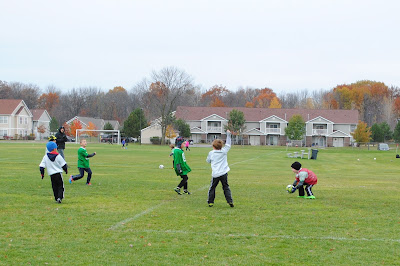 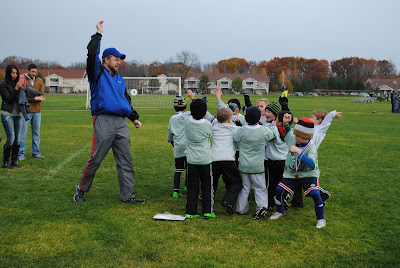 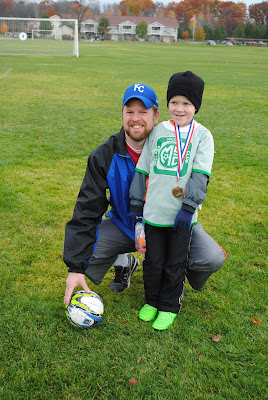 Brad juggled coaching duties for both boys, and so when we weren't watching Reed play, we were on the other end of the soccer complex watching Drew.  Drew was on Team Creepers (put a bunch of 8, 9, and 10 year old boys on a team and of course they choose a team name after Minecraft) and with the increased age comes a larger field and a larger goal.  Drew had a couple friends on his team again this year, which always makes it more enjoyable for him.  He's struggling a little bit right now in liking anything more than video games so on occasion things were less than awesome in the attitude department (although there was improvement in that department as well compared to seasons past).  BUT.  When he got into it and played, he played so well!  We were super impressed with the improvement we saw this year.  He attacked, he was aggressive, he stuck with it and that was so refreshing to see.  He, like Reed,  also preferred playing back (defense) so when he was in that position, he did his best.  He doesn't love it, though, and that's okay, so this will likely be the last of his soccer career. 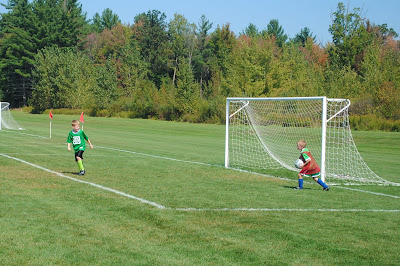 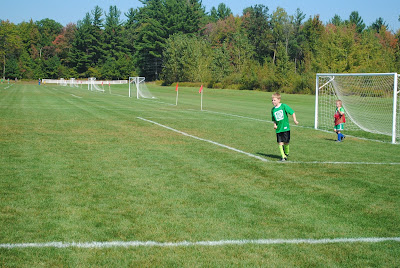 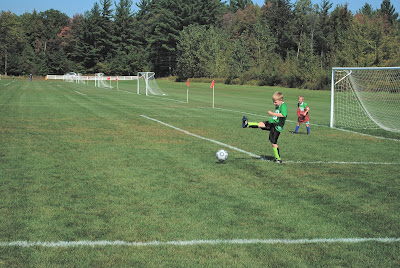 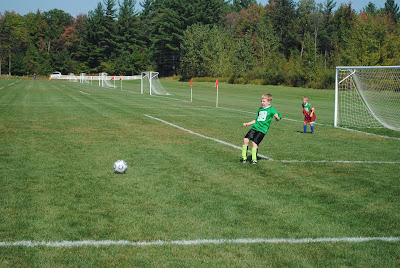 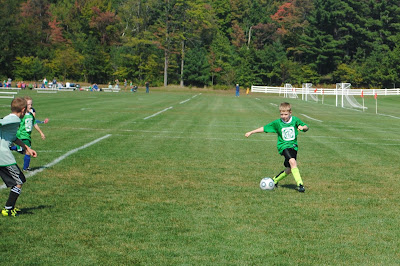 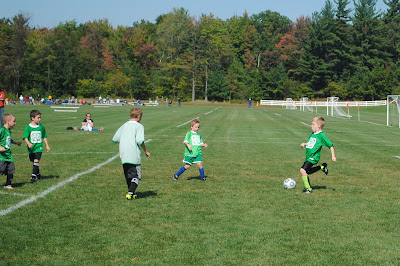 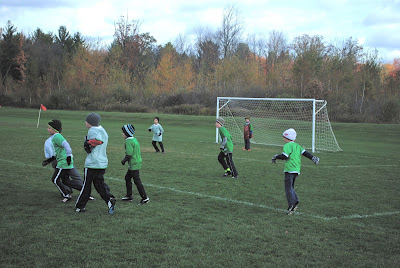 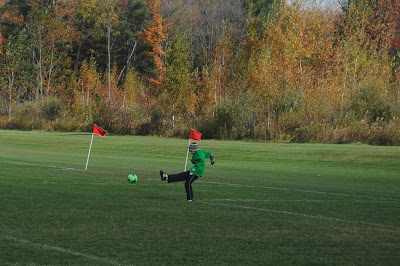 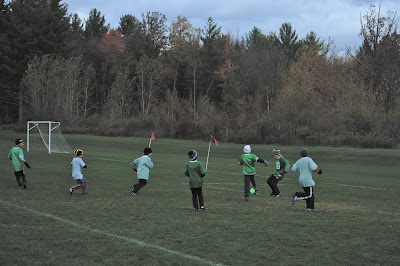 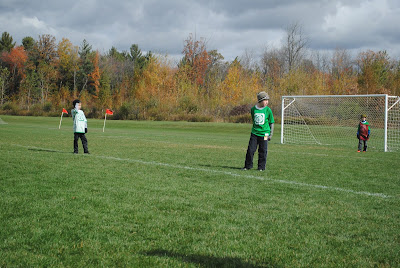 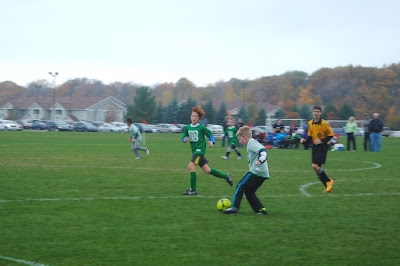 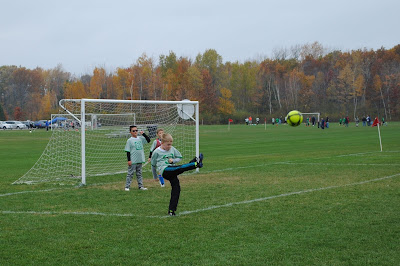 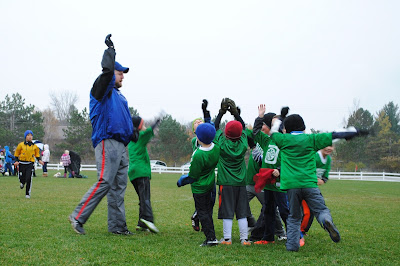 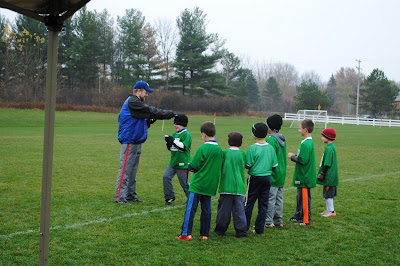 See you again next time, Midland Soccer Club!
Thanks for another awesome season!