It's about to get real up in here. 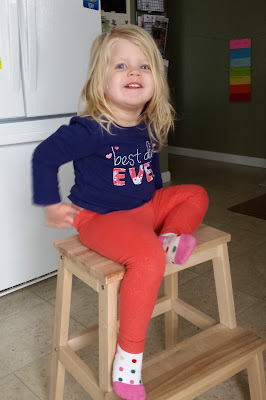 She's two.  One. TWO.  And I'm completely out of my mind.  Time stands still for no one, not even a 36 year old Mama who still sees herself as a little girl every once in a while.

I continue to embrace every single second I have with this little gem.  I find myself celebrating everyday that she is here and she is mine and she's everything that we had been missing.  I applaud her growing older and making new discoveries and saying new things and causing belly-busting laughter with her spice and sass.

But let me just say this... it is bittersweet to forever say good-bye to our life with babies.  I'm currently about 3% interested in ever revisiting that time in our life (for all the wonderful it is, it is also so freaking exhausting).  So celebrating her today + recognizing the passage of time + moving onward into the joys and challenges of toddlerhood = a lot of emotions for this Mama!

We went into yesterday knowing that it was going to be a very low-key celebration (much to the boys' dismay - they wanted to do it up big for baby sister!).  We had the parade to navigate through in the morning, and spent the rest of the day anticipating Brad's return from his overnight with the youth kids from church.  He pulled into the driveway right at 4:30...but before we could get our party on, Reed needed to run a special errand.

Earlier in the week, Reed was upset because he hadn't gotten to the store to buy Ruby a present for her birthday.  I asked him what he wanted to get her, and he said a Rapunzel dress.  Ironically, I actually had one on hand (a costume purchased after Halloween) but had no plan to give it to Ruby for a while yet.  But because Reed's desire was so heartfelt and incredibly sweet, I told him that I had one he could give her.  He was very excited, and I thought things were settled.  On Thursday, he became upset again because he still hadn't purchased anything for his sister.  I reminded him about the dress, to which he said "But I want to spend my money to buy her present!"

I just cannot argue with that.

So when Brad got home, Reed and I raced to the store to find something suitable that he could buy for Ruby.  (When I asked how much he wanted to spend, he thought for a moment, and then said "Five dollars?"  Two thumbs up, kiddo.)  He found what he wanted... 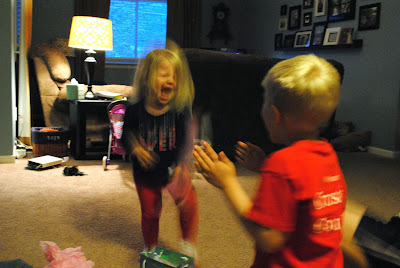 and she loves it! (We have horrible lighting in our house, and shooting pictures at dusk in the winter is especially bad.  Super bummed about that, but really?  Look at that girl.)  Reed had chosen a small Minnie Mouse plush doll, and Ruby is obviously a big, big fan. 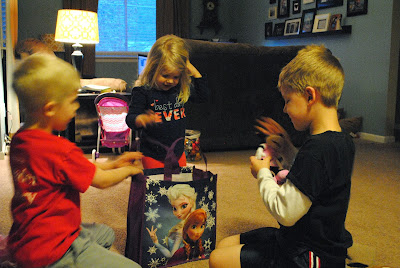 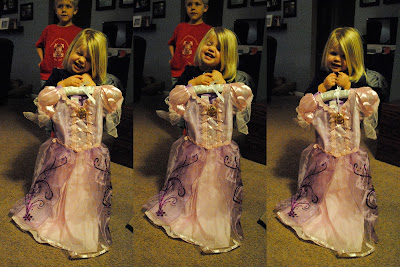 Reed also insisted that she get the dress, too.
Can't argue with a guy that wants to spoil his favorite gal. 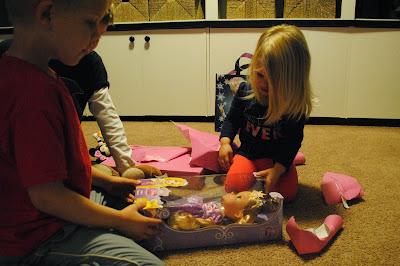 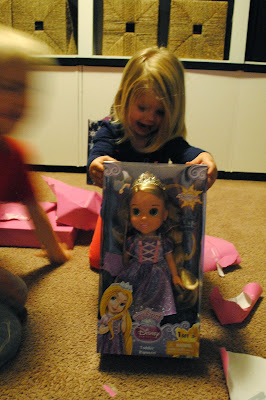 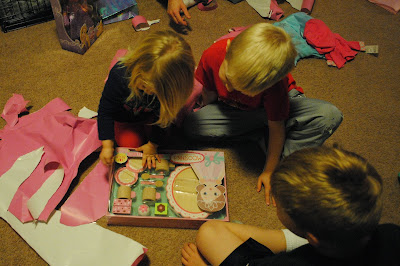 A Rapunzel doll, a new tea set, and a few outfits (including an Elsa dress) rounded out the gifts she received.

For anyone who has followed along here for a while, you know I love to put together the details of the boys' birthday parties.  But, kind of like the handmade costumes for Halloween, I'm a little bit over it.  I look forward to styling a great little girl's birthday in a couple years, but for now, simplicity is sweet. 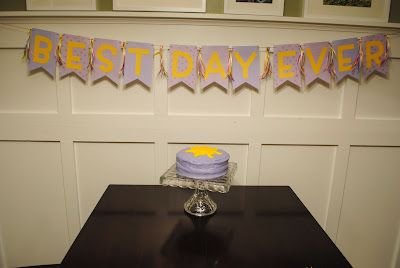 If you hadn't caught on to the theme yet --- we have a little girl here who's a huge Tangled fan.  She has big heart eyes for Rapunzel and Flynn Rider, and she can declare this the "Best.Day.Ever!" like no one else I know. 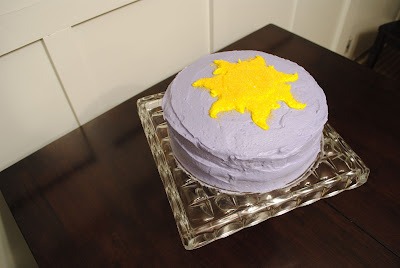 I chose purple (Rapunzel's dress) and yellow (Rapunzel's hair) as the colors for the day.  I used yellow icing and yellow sprinkles to sketch out the sun from the movie onto her cake... 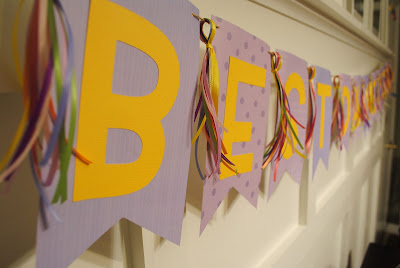 ...and then created a royal-looking banner with the famous catch phrase.  My favorite detail was making the little ribbon tassels. 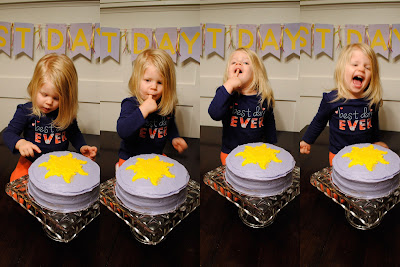 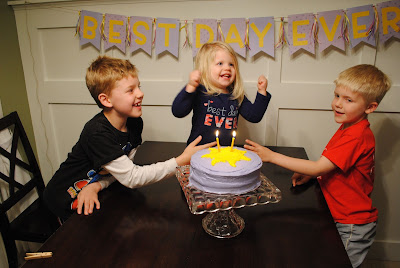 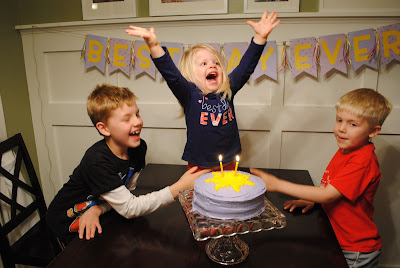 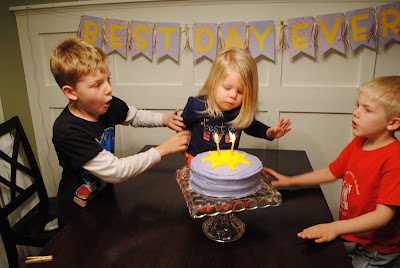 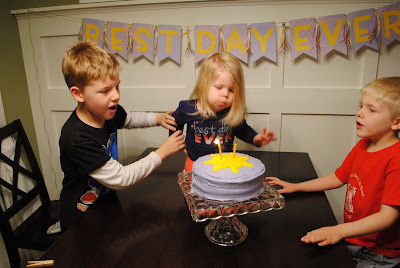 Sweet girl, I am speechless about you. 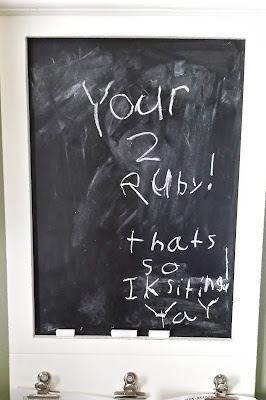 It is so, so iksiting!