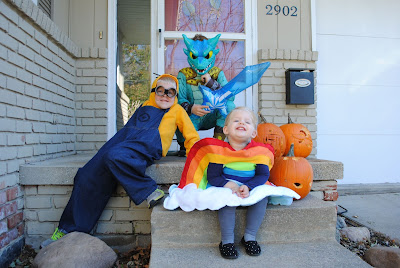 Halloween night might have been cold and wet and dark and dreary, but we certainly brightened the streets with our colorful costumes!

Today was absolutely gorgeous - why couldn't we have had this weather three nights ago?!? - so the kids slipped into their costumes for a little photo shoot in the front yard. 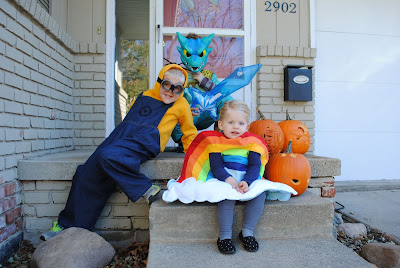 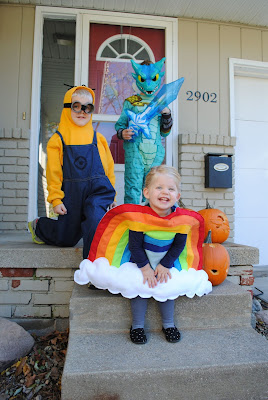 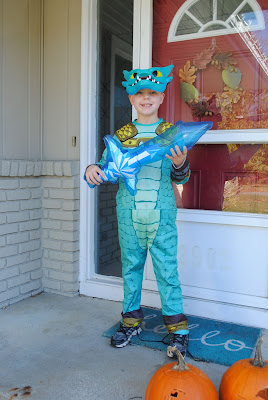 So.  Skylanders.  They exist only in video game format (surprisingly enough - and thank goodness) and I have no idea what they are or what they do.  Drew became a fan of them sometime in the last year so it was really no surprise, then, when I asked what he wanted to be for Halloween, and he said Snap Shot.  They appear to make costumes for only a handful of the Skylander characters (of which there are no less than one million) and, fortunately for Drew, Snap Shot was one of them.  It's availability, however, was slim.  Apparently he's the most popular Skylander costume - on every.single.costume.buying.site.and.store in the known universe.   For days, I was online, pouring over search engines, trying to find it in Drew's size.  I made calls to a couple stores out of town, even, trying to locate one, when finally, one afternoon, on the third page of Google search results I found it!  And $30 (holy hannah) later, Snap Shot was his.  (They must not be too popular in mid-Michigan, however; Drew was the only Skylander at his school last Friday.)

To which you are probably wondering - "Um, lady.  Why the hassle?" and "Wow, that's a lot of $$$ for a Halloween costume."  Yes, yes it is.  More than I wanted to spend - oh yes.  More than I have ever spent before and more than I hope to ever spend again - you bet.

The short answer: this kid really needed a win. 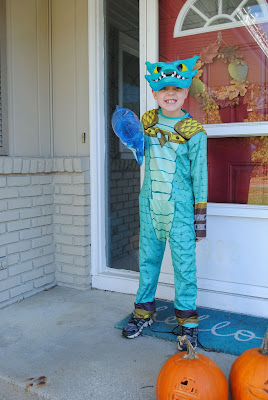 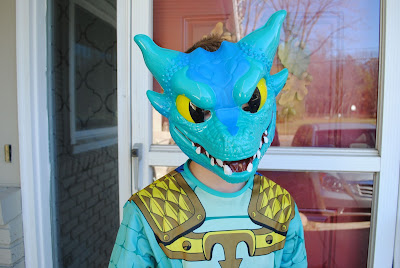 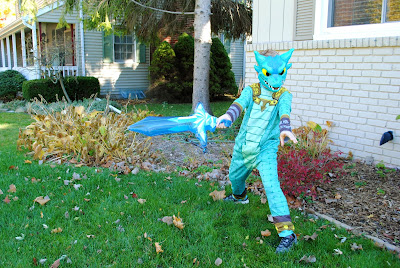 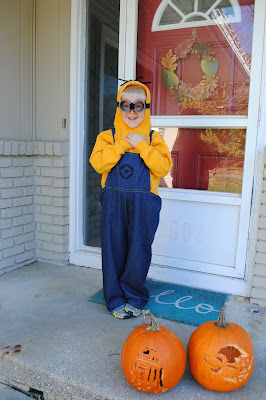 In the past, I have made a few of the kids' costumes.  I really enjoyed doing it but I'm also kind of over it.  If the boys had decided they wanted to be a ghost, I could've handled that, but a Skylander?  Um, nope.  Not even gonna.  But I love the originality and the creativeness that comes with DIY costumes ... and now I love it even more when someone else does it!

So it was with Minion Bob.  In classic Reed style, he changed his mind about a hundred times as to what he wanted to be for Halloween.  Eventually I told him he had to commit, and out of the blue he said "a minion!" (not at all one of his previous choices).  Thank goodness that's what he opted for, because second only to a DIY costume done by someone else, is being able to borrow it for free!

I had remembered from Drew's first grade class party that one of his friends was a minion that year (why, oh why, does this sort of stupid stuff take up space in my already very limited brain capacity?!?) so I sent a message to his mom asking if they happened to still have the costume, and if so, if Reed could borrow it.  Sure enough, and the costume was in our possession later that night.

Couldn't have been easier!  It made up for the time and expense that went into Drew's costume, I guess. ;)

And Reed loved it.  He totally was a minion in another life. 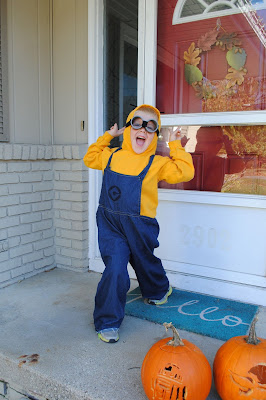 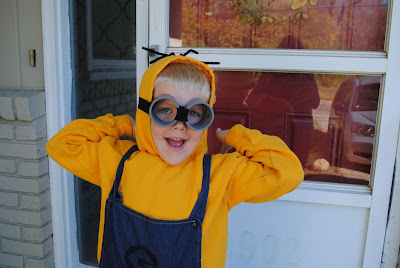 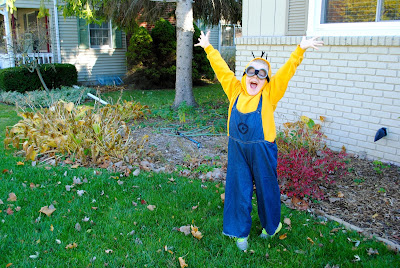 So when I said I was kind of over handmaking costumes - I guess there is one teeny, tiny exception. 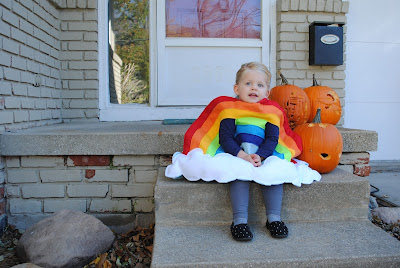 Introducing Ruby, as the brightest little rainbow that ever was 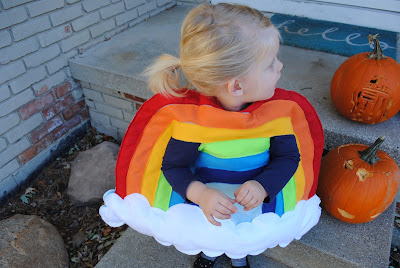 As you may recall (but you probably don't and shouldn't because if you do then your brain is full of useless and unimportant information) when I wrote about Ruby's owl costume last year that I had chosen both her owl for her first Halloween and this rainbow for her second Halloween on the night she was born.  (I was alone in the hospital with her and spent a lot of time on Pinterest.) :)  I absolutely adored this pin and was confident that little Ruby would make a fabulous rainbow by the time she was almost two. 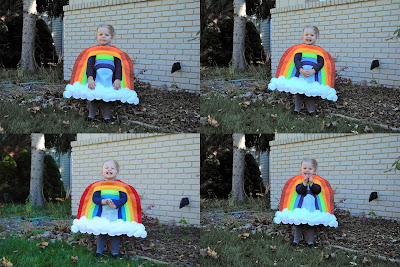 I made my own pattern, and then went to work cutting and sewing.  It was really fun to put together (who doesn't love working with rainbows???) and didn't take too much time.

It turned out to be an alright thing that she didn't end up going trick-or-treating with us.  Because she refused to put the darn thing on.  She finally donned the thing yesterday when Brad bribed her with his phone.  Only for Dad.  Only for the phone.

I see how things are gonna be around here. 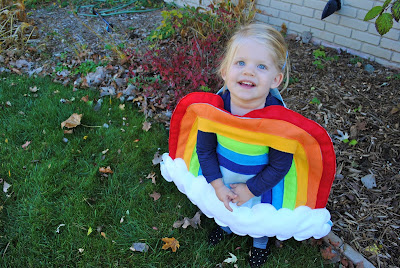 Here's hoping your Halloween was as bright and cheery as ours was! 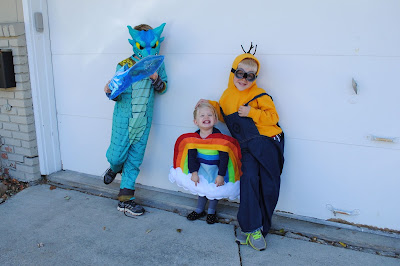 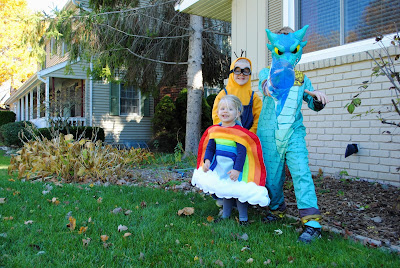