Because of Reed's speech therapy history (oy!  that was a time ago, wasn't it?!?), I find myself a bit hyper-vigilant with Ruby.  Is she talking enough?  Does she say enough words?  Is what she says what she really means?  What's that?  What did you say?  I remember Drew talking so well so early on, so I would say that, as of now, Ruby is a nice medium ground between him and Reed.  Not so many words, not too little - just about right.

It's been so fun to hear her "talk" - mostly rubbish, or at least what we cannot understand.  She's been babbling and making noises and voices since she was so itty bitty, and, at her own pace, new words are forming and beginning to explode from her mouth.

These are a few of my current favorites.


Yep
Oh-kay!
See ya!
My-nee (Hermoine)
Oh cow (Holy Cow)
Pooky (Goofy)
Michael (as in Strahan.  He's a regular in our living room in the morning.)


Her huge personality shines through with many of these, as well.  They are usually said with much gusto and flair. 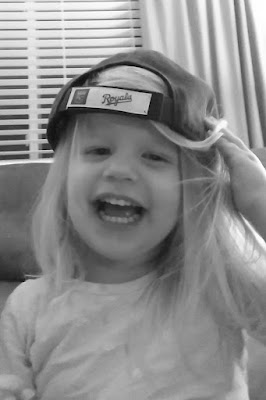 She also loves a good selfie.

Email ThisBlogThis!Share to TwitterShare to FacebookShare to Pinterest
Labels: Ruby