We delayed on making plans for Drew's birthday this year, well, because I'm just kinda over it.  I think I expressed these thoughts last year and at the time, I had fairly well convinced myself that Drew's party days were over.  And then this year arrived.  And I ate my words.

To be fair, Drew wasn't overly stoked about making plans either, or so it didn't seem.  Perhaps it was just his lack of decision making that caused the delay.  I kinda thought we were to the point where it could be conveniently forgotten about, but then a big dose of mama guilt kicked in and we got our plans in gear.  Yet again, I couldn't convince him to do anything different but have his friends over to the house.  Thankfully, after last years massive invite list, I told him that six friends was the max this year, and all six ended up being able to join us today to celebrate. 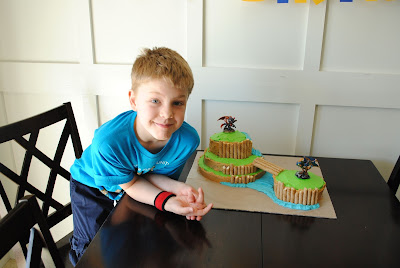 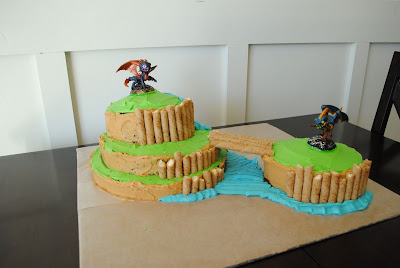 And after I got his other birthday cake all wrong - I redeemed myself with this baby. 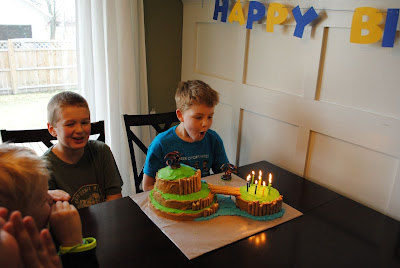 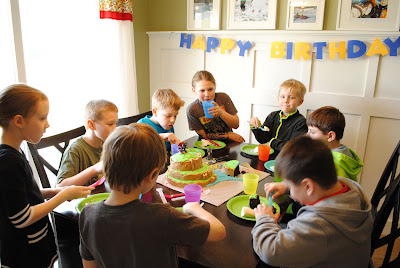 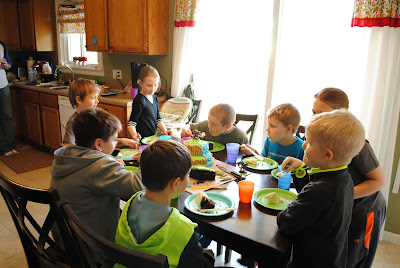 When we were talking about his party, and what Drew wanted to do with his friends at our house since he wasn't keen to go anywhere to do anything, he opted for a video game tournament.  Skylander vs. Skylander, brackets and everything.  Not all of his friends participated, but they were all good sports about watching and cheering each other on. 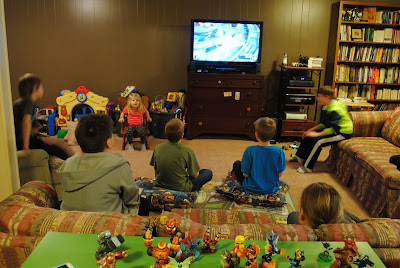 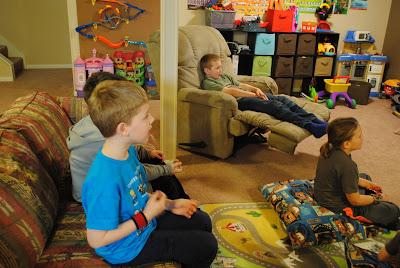 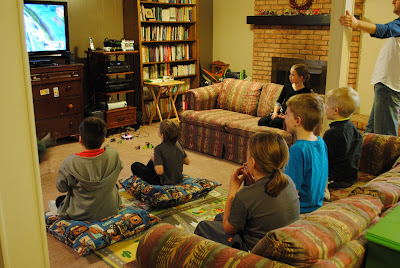 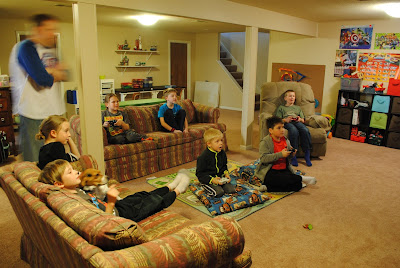 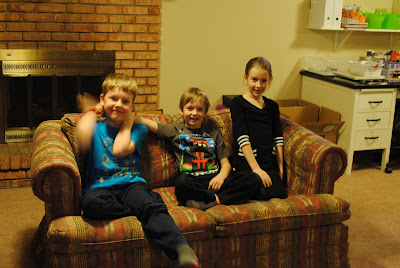 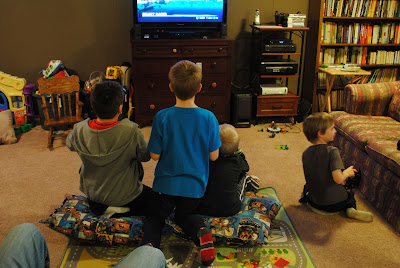 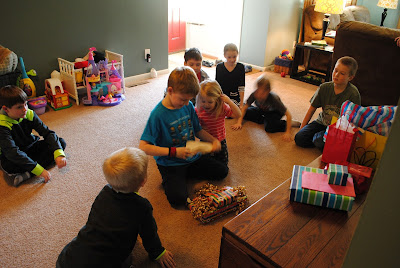 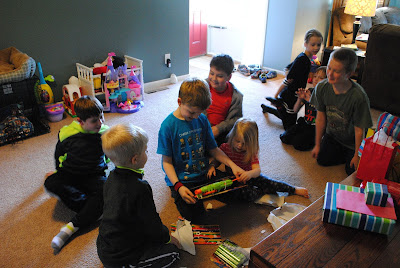 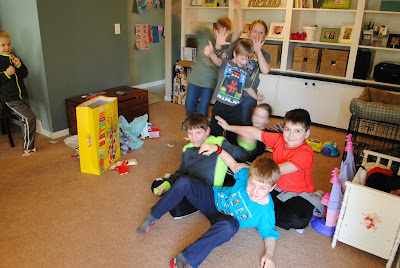 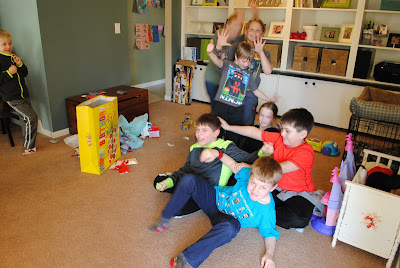 Once again, Drew has some of the best buddies.  It was a great afternoon because of them and because of Drew and how well they get along and how well that entertain themselves and how awesome they are to each other.