Reed had a big, big day yesterday.
He turned seven years old.
And he performed in the school talent show and got the biggest laughs.
Which also means that dinner out on his birthday had to be postponed until tonight.
Which also also means that the celebratin' just keeps going, on and on.

But first.  Yesterday.  The big day.
Up and ready for school in record time so he could tear into those gifts. 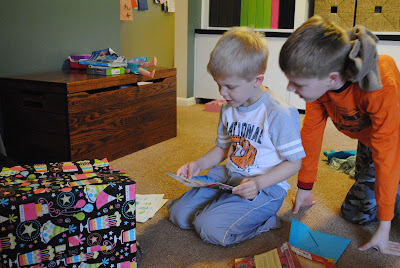 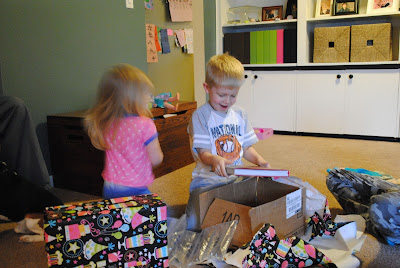 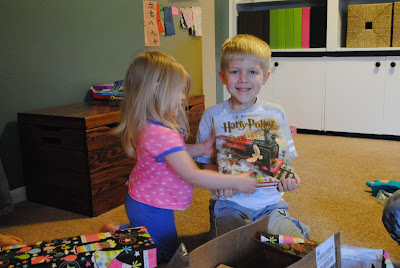 We are all pretty stoked about the fully illustrated editions of Harry Potter.  I *may* have had an ulterior motive in giving this to Reed...but rest assured, he did ask for it!! 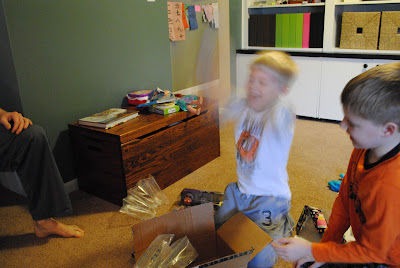 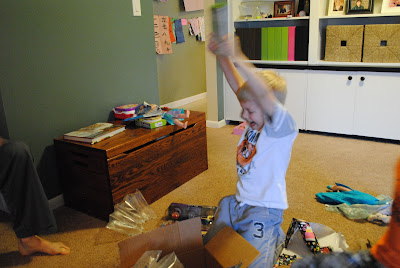 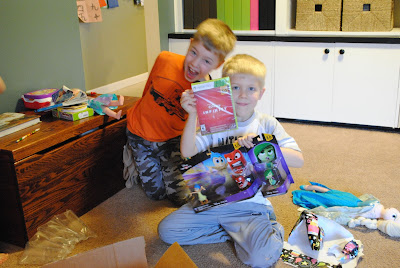 I'm finding that I love to surprise the boys in this way: giving them something they honestly don't think they're going to get.  It seems as though it's every day that the boys are telling me about yet another video game that they just have to have.  It kinda drives me batty.  And of course I'm not just gonna go buy them whatever they want.  But for their birthdays...I try to make a little bit of magic happen.

So Reed's been wanting the Disney Infinity 3.0 starter set - primarily because he wants the Inside Out characters, which are not compatible with the 1.0 edition (of course) we already own (of course).  Here's the problem...because we already have the 1.0 set, we already have the universal game portal that comes with all of the new edition starter sets.  I don't want to buy what I already have.  So, I had to do a little bit of research, and learned that I could purchase just the game DVD (thank you, Amazon) without having to also purchase the game portal (not to mention, the three characters that come with the starter set are Star Wars dudes, and we're not much into Star Wars around here - at all - so that would be an additional waste of money on more things we don't really want).

So in being able to do all of that, Mr. Reed got what he wanted for his birthday!

Which is awesome for him, but also awesome for me.  This kiddo is hard to shop for, so finding exactly what he wants and being able to buy it for him ... win/win.

And clearly, Drew is quite thrilled, too.  So win/win/win.

Last night, then, was the school's spring talent show, of which both boys participated in, and because of that, we spent the entire evening at school (more on that soon).

So tonight, in true family style, Reed elected to go to Culver's for dinner. 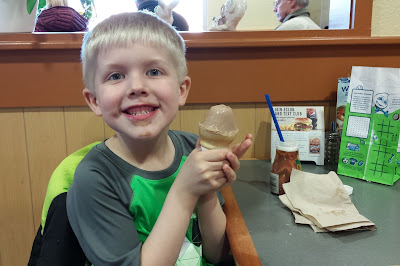 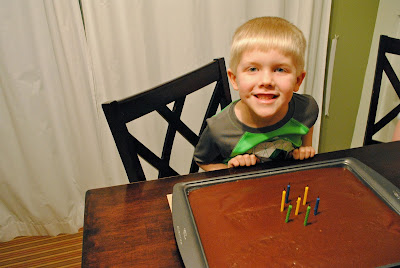 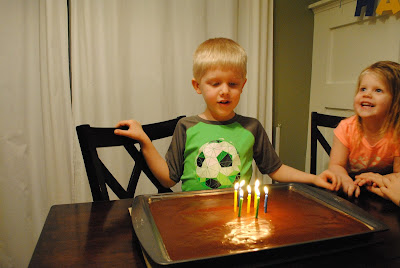 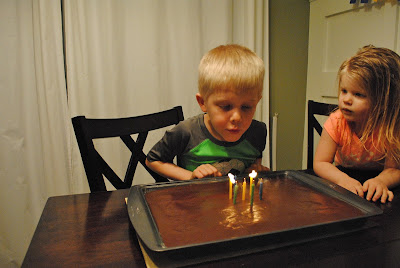 Reed isn't a big cake lover, so he requested a full sheet of brownies, please.

Anything for you, sweet boy.

Happy birthday, Reed!
You are one of a kind!

They begin so young these days, don't they? 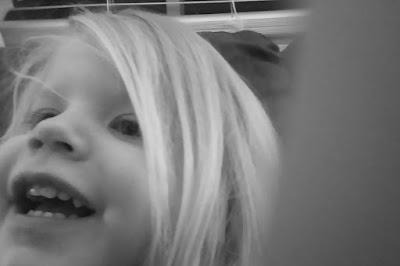 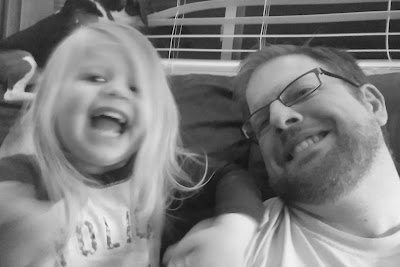 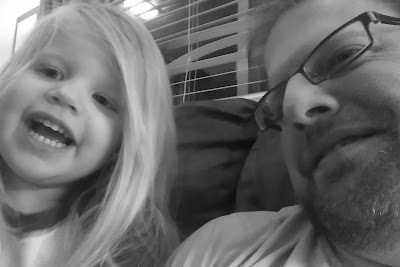 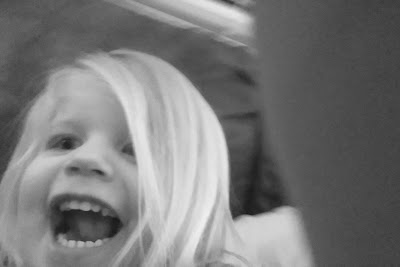 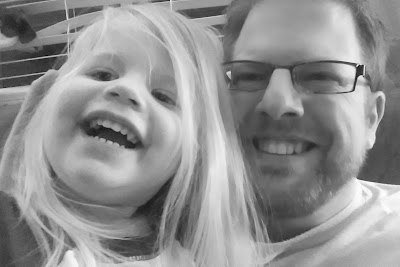 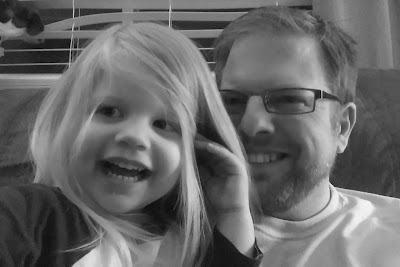 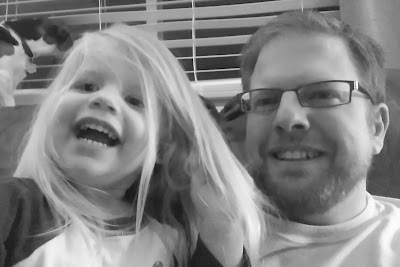 Her personality is perfect for the selfie shot.
It's nice to see her dad encouraging it.