It's totally appropriate that Reed, at seven and a half years old, finally lost his first tooth.  He tends to go about things in his own kind of way. 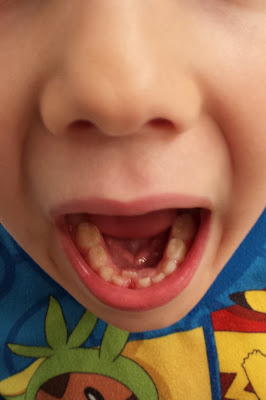 And it's a good thing...cuz that permanent tooth erupted behind his baby teeth earlier this summer, and those baby teeth weren't budging!  (And if you look closely, you can see that his second permanent tooth has just erupted, too.)

We went to the dentist on Tuesday of this week, and we asked about Reed's shark teeth.  His dentist said that they'd give him a couple months to wiggle those babies out but if he couldn't make it happen, he would need to come back into the office so they could help "encourage" them out.  Reed got to work right away!

And after putting on his jammies last night, he walked out of his bedroom, and spit into his hand.  I was flabbergasted at first ("Are you kidding me right now?!?!") but quickly realized what had happened! 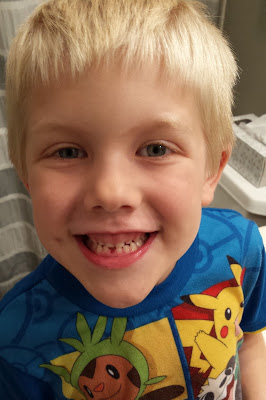 I could tell that he was a hot mess of emotion - although he was holding it together pretty well!  He hasn't been upset at all that he hadn't lost any teeth.  He admitted that he was the only one in first grade that hadn't lost any teeth (and I'd bet he's been the only one this year, too!) and he was super proud of it.  He wasn't in a hurry - at all - to lose any teeth.  Even the excitement of having the tooth fairy come and bring him money wasn't incentive enough for him to want to lose a tooth.  You see, Reed is a keeper.  Of things.  Sometimes even garbage.  So wanting to keep his teeth wasn't too surprising.  However, explaining to him that this wasn't a choice he could make - that was a tough reality for him.

So when he spit that tooth out, I saw an expression of disappointment mixed with excitement.  And that's a tough look to pull off. 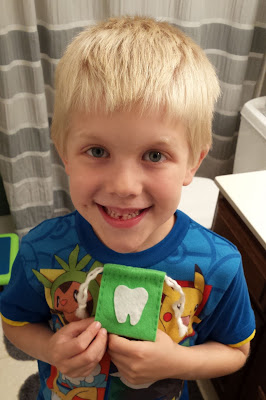 Thankfully, everything worked out well.  He very gladly slipped his tooth into his pouch and placed it under his pillow. 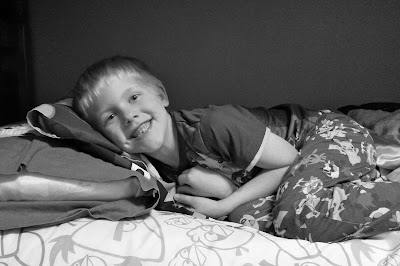 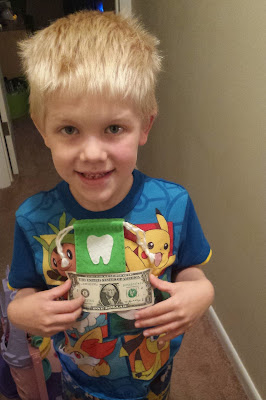 I learned later this afternoon that the tooth fairy snuck in before Daddy went to bed!  Reed had woken up, checked his pouch, then wandered into the living room while Brad was still awake to show him the money he'd received.  Sneaky little fairy!

And thankfully, there was no disappointment when Reed discovered that the tooth fairy takes the tooth when she leaves the money.  Like I said, Reed's a keeper!

Now, to get to work on that second tooth...

Email ThisBlogThis!Share to TwitterShare to FacebookShare to Pinterest
Labels: Reed